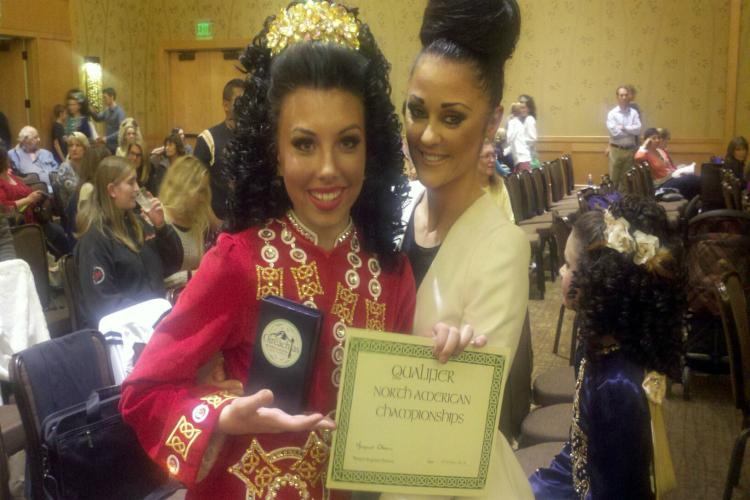 With a final bow of her head to end the dance, she disappears behind the curtain. Besides the pounding of her heart, she can hear the cheers from the crowd and the calling of her name. Sophomore Lauren Petrosky just finished another competition for Irish dancing.

Irish dance is a traditional dance that originated from Ireland known for rapid leg and foot motions while the arms and body remain stationary.

“When I dance I feel excited and honored to carry on a tradition that has been going on for years,” Petrosky said.

Petrosky started dancing at age three and has spent 12 years practicing and perfecting her dance moves. At six years old, with the help of dance lessons from teachers who performed in the show “Lord of the Dance,” she began competing.

“When I am on stage I always feel nervous to start, but once I start dancing everything’s a blur,” Petrosky said. One minute I am up dancing and focusing on my steps, and another I’m already sitting back in my seat.”

She has competed in over 100 competitions, the last being a regional championship, US Oireachtas, in Salt Lake City, Utah back in November. Since it was a regional competition, it lasted a full 14 hours. There were 140 girls in her age group and although she did not win, she placed 30th.

“When I compete against other people, sometimes I am nervous because you know how good a person can be, but then I have to think to myself that I am just as good as they are and go out and do my best,” Petrosky said. 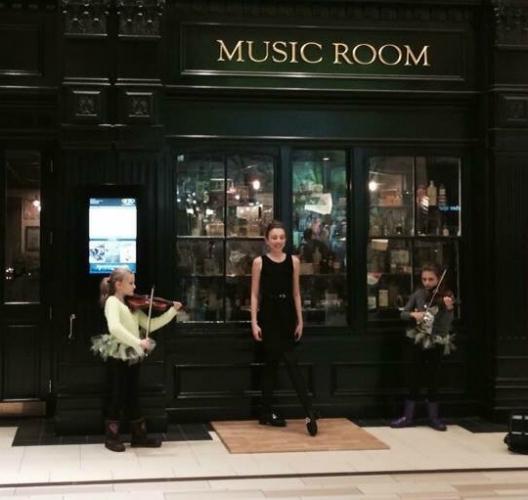 During Christmas in 2015 Lauren Petrosky and her family were downtown at Ri Ra. The violinist in the photo were also dancers so it made a fun little show. Photo Credit: Lauren Petrosky 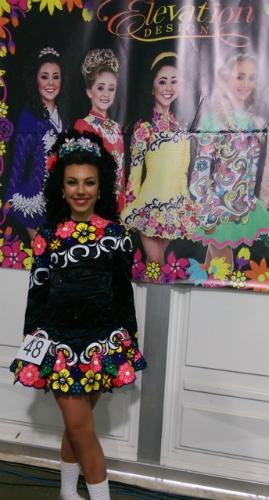 With her brand new dress on, Lauren Petrosky poses for a photo at Regional Oireachats. The designer of the dress wanted a photo to have samples for her business. Photo Credit: Lauren Petrosky 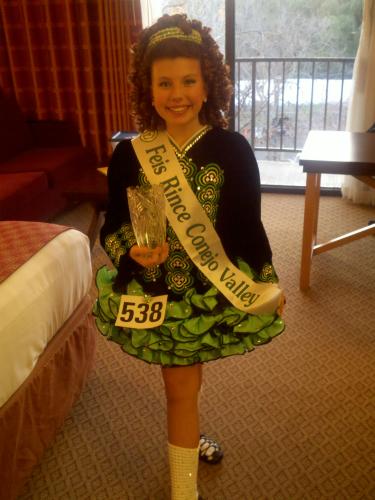 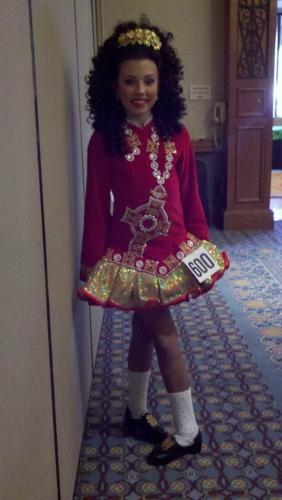 About to compete in a local California competition, is sophomore Lauren Petrosky in a brand new dress. "I hope to continue dance and eventually take my TCRG which is the teacher's exam. I also hope to pass on the heritage and tradition to the next generation as well," Petrosky said. Photo Credit: Lauren Petrosky 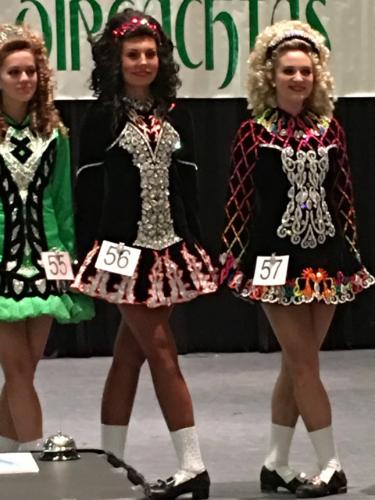 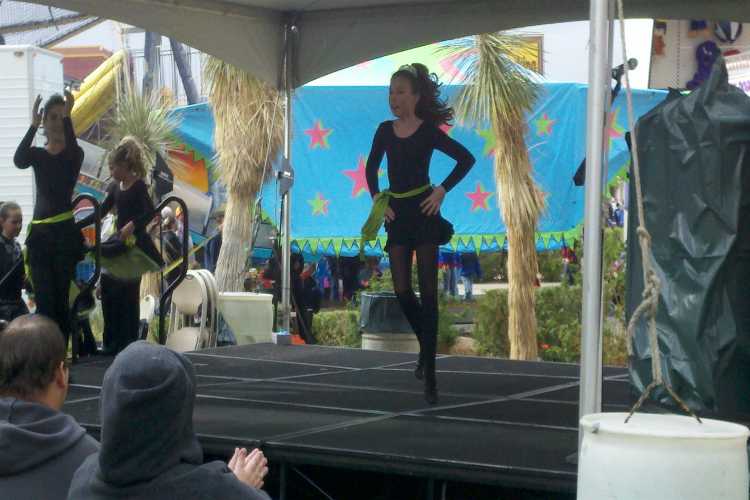 Back in 2009 is Lauren Petrosky performing at a St. Patrick's day festival. "I want to continue Irish dance because I can't see myself not doing it. It's just a part of me," Petrosky said. Photo Credit: Lauren Petrosky 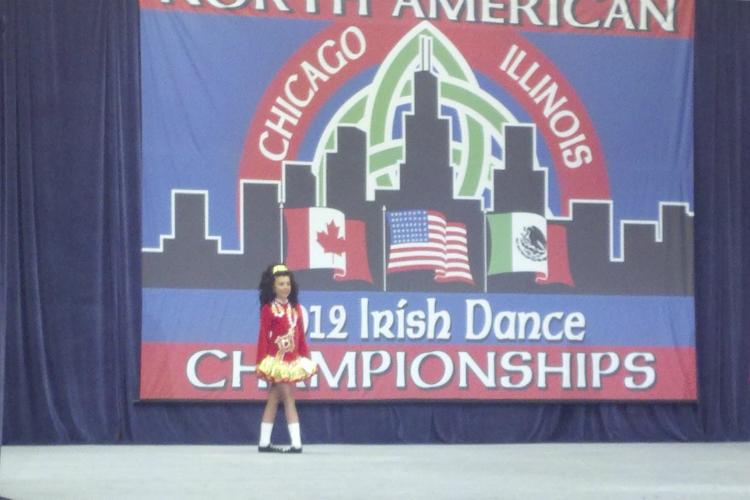 Taking place in Chicago is the North American Championships. Lauren Petrosky competed with over 100 people in the under 12 age group. "I loved going there and participating and it was really fun to meet different people from around the nation," Petrosky said. Photo Credit: Lauren Petrosky

Petrosky has won first place in a handful of competitions, which were held throughout the United States, from Maine, Texas and Ohio, to Tennessee and Florida. Florida was the farthest state Petrosky competed in.

“It’s exciting and stressful at the same time,” Mrs. Sheliah Petrosky, fashion design teacher and Lauren’s mother, said. “It’s a strict timeline that we are on and I have to figure out all of the transportation, and I can’t control what her schedule will be if she performs with a band. Overall I’m so glad that she’s been given those opportunities and I wouldn’t change it for the world.”

Besides competitions, Petrosky has also performed at music festivals, such as Rock in Rio. She has also had the opportunity to dance alongside The Angry Brians.

“I loved performing in Rock in Rio, it was so exciting and a little nerve-racking because I was dancing next to professionals. It turned out great and it was an amazing experience,” Petrosky said.

Even though Petrosky is on the cheer team and in Student Council, she takes the time to practice dancing. One of her goals in Irish dance is to qualify for and attend the Irish Dance World Championships held in Glasgow, Scotland or Dublin, Ireland.

“When I win in a competition, I get this excited tingling feeling all over my body,” Petrosky said. “In the future I hope to continue dance and eventually take my TCRG, which is the teacher’s exam. I also hope to pass on the heritage and tradition to the next generation as well.”