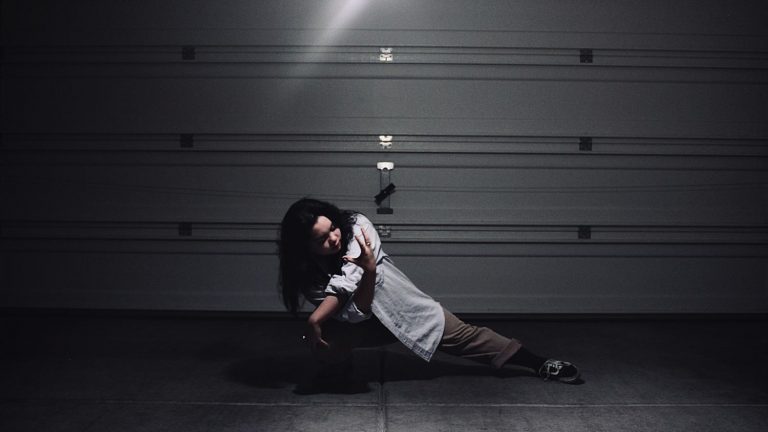 Rhythmically moving her body to the sound of hip hop, senior Sandra Amores practices in her garage late at night. For years, Amores has been practicing in her garage as a way for her to manifest her emotions physically. “I can express myself however I want without saying anything,” Amores said.

As the bass rumbles across the studio, senior Sandra Amores feels the music throughout her body and begins to articulately move to the rhythm. Naturally flowing to the sound of the music, Amores’ mind is free of thoughts, with no concern.

Since second grade, Amores has been dancing to genres like hip-hop and pop. Although she dreaded going to dance classes at first, she started to grow more comfortable with the classes, eventually choosing to enroll in a professional studio, Ground Zero.

“The more I studied and got into it, it just resonated with me. Over time, it just became who I was,” Amores said. “Dancing with the group and the people I surrounded myself with was mind-blowing. It was like a learning opportunity for free. It’s so inspiring, it made me want to continue even more.”

Nowadays, Amores is taking national stages for top-tier dance competitions. Due to the  continuous effort put into dancing, her team has won awards, such as medals nationwide in the World Hip Hop International competition.

“With my new group, we’ve placed second in 2018 Prelude and third place in 2019 Prelude,” Amores said. “I’ve won a scholarship for a division called ‘Monsters,’ and that was a great thing to accomplish.”

Inside the Studio: by Rhamil Aloysius Taguba [STUDENT]

However, dancing on stage in front of hundreds of people is definitely not easy, even for someone with experience. For Amores, performing in front of a mirror is not the same as performing for a live audience.

“There’s always going to be that fear in you before you hit that stage. Your heart starts racing and your mind starts rambling,” Amores said. “All that washes away once you start to hear that music. Right after the music starts and your set starts to play out, it’s just fun after that. It’s a whole adrenaline rush.”

Another challenge is the changing industry. Nowadays, Amores says that people find fewer opportunities or uses for dance as a future career.

“Dance is a very creative thing. Nowadays, people want to put up content and show off what they can do. Some people want to view it as a hobby, not a core principle in life,” Amores said. “I wanted to dance professionally, but my relatives always say I’ve got to become a dentist or a nurse, an actual job. But in reality, you can do something you love while making a living off of it.”

Like other serious dancers, Amores finds dancing to be a “very therapeutic experience” because it helps her with situational life problems. As a communication alternative, it also gives her an opportunity to express herself.

Despite all the challenges and obstacles of becoming a dancer, Amores says that dance has become a way for her to escape the hardships of reality.

“I’ve definitely had times where I just wanted to forget about dance, stemming from where I was mentally,” Amores said. “But I’ve never wanted to quit before. It is a priority for me, to focus on my craft and focus on what I put out, focus on my team.”

Reflecting upon where she is now, Amores “wouldn’t be anything without dance” and in the future is definitely going to continue her dance career as a teacher.

“[Dance has] done so much for me. Before I even started dancing, I would have never thought I would be in this position. Dance has got me through so much in my life,” Amores said. “I feel like people don’t understand the impact dancing has to a person. I feel like I wouldn’t be as happy with myself as I am right now. But at the end of the day, I would want to say “thank you” if dance was a person.”