Reluctance to vaccinate: a recent trend 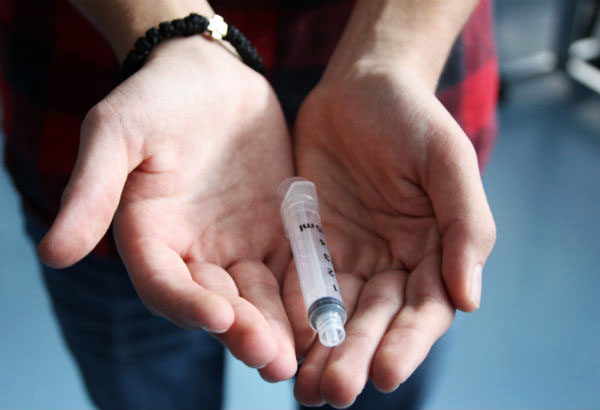 “Vaccines should be mandated.”

“Down with the vaccine.”

The debate over vaccinations has been on and off in the United States. Now, the debate has escalated and captured national attention due, in part, of the measles outbreak originating from Disneyland in Anaheim, Calif. after an unvaccinated woman visited the theme park. The virus has quickly spread as there have now been 121 cases in 17 states.

In November 2013, Coronado High School had to conduct TB tests as 325 students and staff were at risk of contracting the disease. Last February, there was an outbreak of inactive tuberculosis at Coronado High School as 14 people tested positive, but since it was latent, it was not contagious.

With the Centers for Disease Control (CDC) recommending that vaccines should be taken and are the best way to prevent receiving measles, this begs the question, “Do I or do I not get vaccinated?”

Call in the reinforcements

Many of the deadly viruses and bacteria that cause diseases are still in existence and can be preventable by way of vaccines. They have benefits toward one’s immune system and can be the difference in either getting sick or staying healthy, as approximately 50,000 adults die each year from vaccine-preventable diseases. For example, 536 have died from tuberculosis since 2011.

“You are usually vaccinated as a child and adults get boosters. You need to be re-immunized. You should get vaccinated to prevent the spread of disease and stay healthy,” Respiratory Therapy instructor Mrs. Vicki Smith said.

Vaccine-preventable diseases are expensive, as they cost $10 billion in direct and indirect healthcare costs. By receiving the vaccines, people are essentially saving money. By getting vaccinated, there is an increase in the chance of staying healthy, which in turn, keeps one in school and work.

“I think that you should get vaccinated so that you can stay in school and save money. Education is important, and I don’t want to miss any of it,” junior Giacomo Ercole said.

“I think it’s cool that your body is able to build up an immunity on its own,” freshman Alyssa Ross said.

Though vaccines are beneficial, they can cause serious or fatal side effects. According to the CDC, though rare, swelling, severe pain, bleeding and/or redness can occur in the arm where the shot was given. Also, severe allergic reactions can happen, but are also rare as they only occur in one in one million doses.

“It’s scary because, I personally don’t want to die, but at the same time I still want to get a vaccine,” freshman John Paul Avenido said.

The Debate in Las Vegas

Starting in California, the measles outbreak has reached Las Vegas, bringing the vaccine debate here. Joe Iser of the Southern Nevada Health District supports the notion that everyone should be vaccinated, especially with the outbreak of measles.

“Vaccination is one of the best ways to protect yourself, your infants and children from potentially harmful diseases. Measles is a highly contagious disease that can cause serious illness,” Iser said.

Even with measles coming to Las Vegas, there has not been a high demand for the vaccine at health clinics.

“Vaccines have a very good safety record. Decisions to forgo or delay immunizations can lead to unhealthy outcomes, not just for the individual child, but for an entire community if these decisions result in outbreaks,” Iser said.

At the end of the day, the choice of whether you should or should not be vaccinated comes down to you and your parents. The measles outbreak will hopefully soon be over, so try to stay healthy in whichever way you choose.