The innovation of video games Throughout the years, the variables of gaming have changed 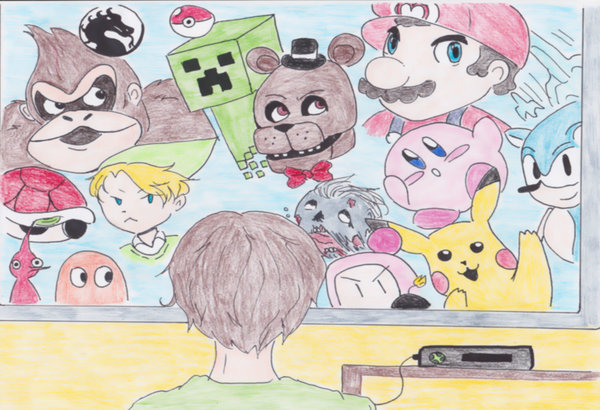 The gamer’s eyes are strained in the dim lighting, struggling to keep up with the quickly moving pixelated character. The player scans for obstacles, synchronizing one’s hand movements with the hurdles that appear. Their wrists hurt from commanding the controller for hours and eyes burn from remaining open to watch the screen; however, none of this matters because the level has been completed. The triumph overrides the pain and the gamer moves on to the next challenge.

October 18, 1958, the world was introduced to the first video game: Tennis for Two. Ever since, from Pac-Man to Mario to Call of Duty, games have undergone dozens of modifications. However, the gamers have stayed consistent in their desire to play.

And as more generations delve into the world of video games, from the arcade to consoles, the realities of gaming have changed, as well. From spending hundreds of hours and dollars, to spending too much time, gamers are finding the effort may not be worth the reward.

The Numbers: Casually and Professionally

155 million Americans, which is approximately half of the U.S. population, play video games an average of 6.3 hours a week. In other terms, over the course of a year, the amount of time engrossed in gaming can accumulate to 328 hours.

“I used to play for 10 hours a day in middle school because I wanted to keep improving,” Tun said. 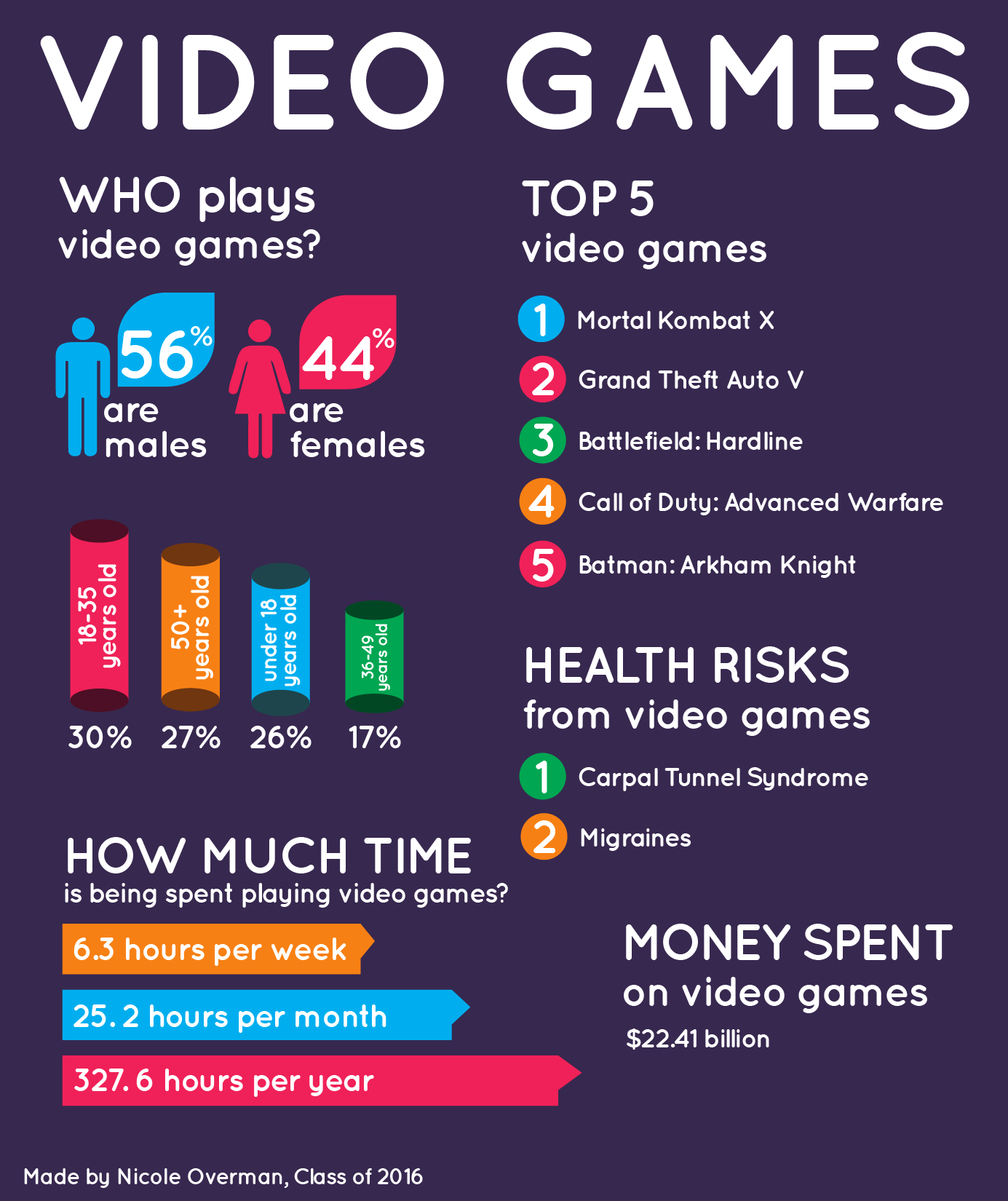 Players can also spend hours taking part in or watching eSports competitions. Around 205 million people have said they either played or watched a video game competition. In addition, 3.7 billion hours are spent watching eSports, covering a wide variety of games such as League of Legends, Counter Strike: Global Offensive, and Defense of the Ancients 2.

“I would definitely consider a career in eSports if I knew for certain that the career was consistent in its way of providing me income,” senior Kristoffer Medina said.

Not only do people want to watch competitive gaming, but also just watch people play casually. An example is the streaming service Twitch, with users also giving commentary as they play. In the month of September alone, Twitch had 867.3 million viewers, and on a daily basis, spectators tuned in for an average of 1.5 hours.

“I would subscribe to either Reynad or Sips because I enjoy their live gameplay,” senior Nino Nobleza said.  “I would undoubtedly support them in any way I could so they could continue playing games for a living.”

With the amount of time spent on video games, a considerable question raised is, “Why do people play so much?”According to studies published by the National Center for Biotechnology Information, people love playing games that satisfy their need for control, give them a sense of progress, and allow them to have interesting encounters in games. For example, Skyrim is an option for those wishing to escape reality, Minecraft is for players wanting creativity and to build, and Super Smash Bros. is for those wanting to release anger.

“One of my favorite games is Until Dawn. It’s a survival horror game about eight friends who become trapped on a mountain getaway gone wrong,” senior Natthinee Wongsavit said. “I love it because it allows me to make decisions that circumvent all of the horror movie tropes.”

Another reason people love to game is for social purposes. Cooperative games have been in existence since 1978 with the arcade game Fire Truck, requiring players to work together to drive a fire truck. However, since then, the games have changed when it comes to co-op gaming. For example, the game Portal requires people to work together to create portals and complete puzzles in order to move on to the next objective. Also, mobile applications such as Clash of Clans need players to work together in “clans” in order to build communities and defend them.

“Every game in the world has single player, but what makes some particular games special is the option to play co-op,” junior Austin Tang said. “Co-op games can help give the player a sense of teamwork. If you want to survive, you’ll have to work together.”

Unlike putting a quarter into the arcade machine, people are spending on average $60 to start a new game. There is no longer one flat fee for a game; additional costs are added to prolong the life of a game and increase its profits. For example, World of Warcraft is sold for $20 before requiring the player to pay monthly subscriptions of $15. According to the Entertainment Software Association (ESA), $22.41 billion was spent on video games in the past year.

Yet buying the actual game is not the last investment. Some games have downloadable content (DLC), which is additional content players can choose to pay for. In 2009, 80 percent of games were bought physically and 20 percent digitally. In 2014, however, the numbers evened out with 48 percent of games bought physically and 52 percent bought digitally. People can spend an extra $15 for a Call of Duty DLC, which includes more maps and weapons.

Added payments not only include console games, but phone apps as well. In 2013, Apple made $10 billion from the app store, which is more money made than GameStop.

For the application Candy Crush, players spent $1.33 billion on in-game purchases that include tokens to continue playing without needing to wait for the free lives to refill. In an online student survey of 490 students, 256 said they spent about $25 or less, but 94 spent over $200 on video games for the year. 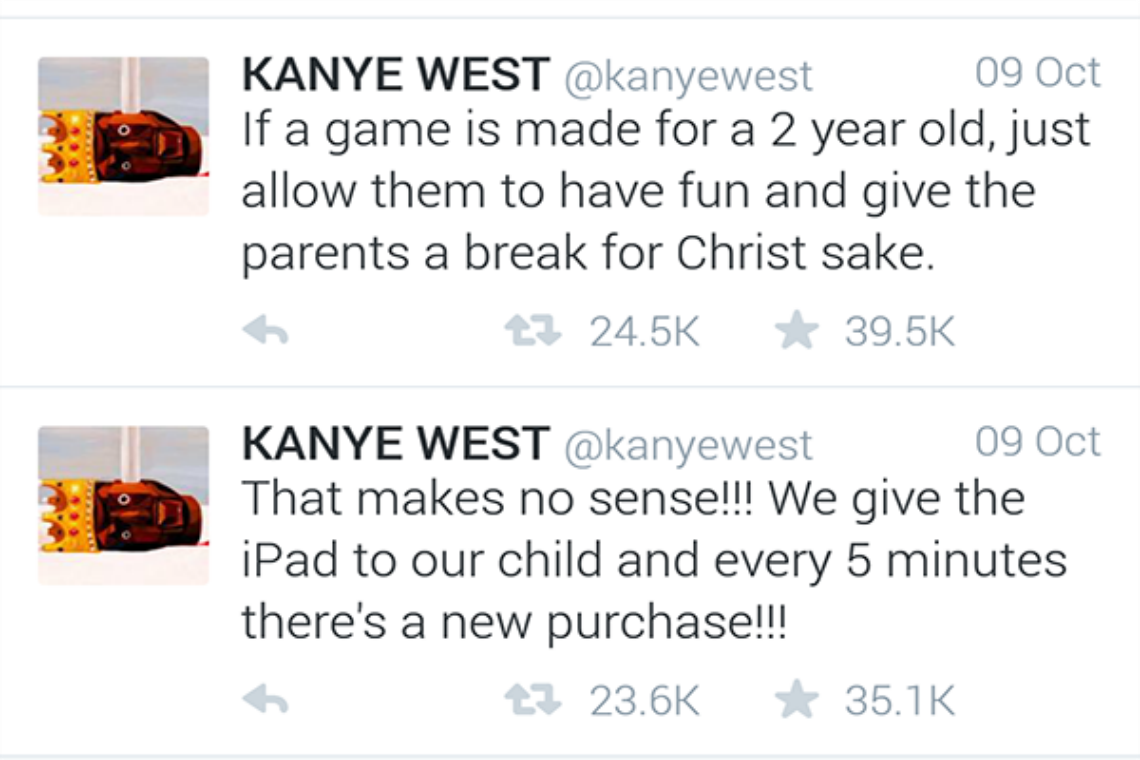 People spend money to level up characters, which can unlock rewards such as better armor or weapons. For instance, in World of Warcraft, each time a character levels up to the maximum level of 100, new spells are added for the player to use, as well as having higher leveled gear available.

“Game items provide happiness for gamers, as it helps us better conquer the challenge, continue the story, and annihilate the villain,” senior Wei Choi said.

The ability to replay content is also new; games are no longer over when the final credits roll. Games with unlockable content or side missions, like in Assassin’s Creed,  offer more in-game tasks to complete. There are also games such as Until Dawn or The Wolf Among Us that result in different outcomes based on the player’s decisions. In Destiny, players continue battling after the campaign to upgrade their character with the strongest gear and weapons. Also, players tend to replay the game to beat it on a higher difficulty, or to find easter eggs the developers hid.

“Replayability is an indicator of a really good game, because no matter how many times you play it, it’s still enjoyable and you almost always notice something new,” senior Brandon Azar said. “Games that have different endings and playing options are also really cool, and it definitely makes it worth the money.”

Pulled in by Marketing

In preparation for the launch of Infamous Second Son, Sony created a site for people to answer questions, add some personal information and receive a test in the mail; the test reveals whether the person is a Bio-terrorist or a regular human. Within nine days of its release, the game sold over one million copies.

With appealing and exciting marketing campaigns like this, the interest in people wanting to buy and play the game increases. Just how do marketers do it? Video games pull in their players by being everywhere, by advertising on television, websites, social media, magazines and more. which is a far cry from the traditional print advertisements. There are more television commercials, advertisements on YouTube, and pop-ups on websites and games themselves. By doing this, developers capture a wider audience, which in turn garners more popularity in their product.

“They are flashy and so widespread,” junior Carl Montemayor said. “You can’t go a day on the Internet without seeing an advertisement about video games.”

Marketing is all about finding the medium that best advertises the product. Game developers have web-series, as well as social media accounts to promote their merchandise. For example, in promotion of the games Halo 4 and Halo 5: Guardians, Microsoft released a video web-series, and also created Tumblr pages dedicated to the games. Call of Duty used Twitter to help promote their newest installment, Call of Duty: Black Ops III, by posing as a news site reporting events that happen in-game.

“I think video game marketing that involves social media is a clever way to get people excited and invested in upcoming games,” senior Khloe Faria said. 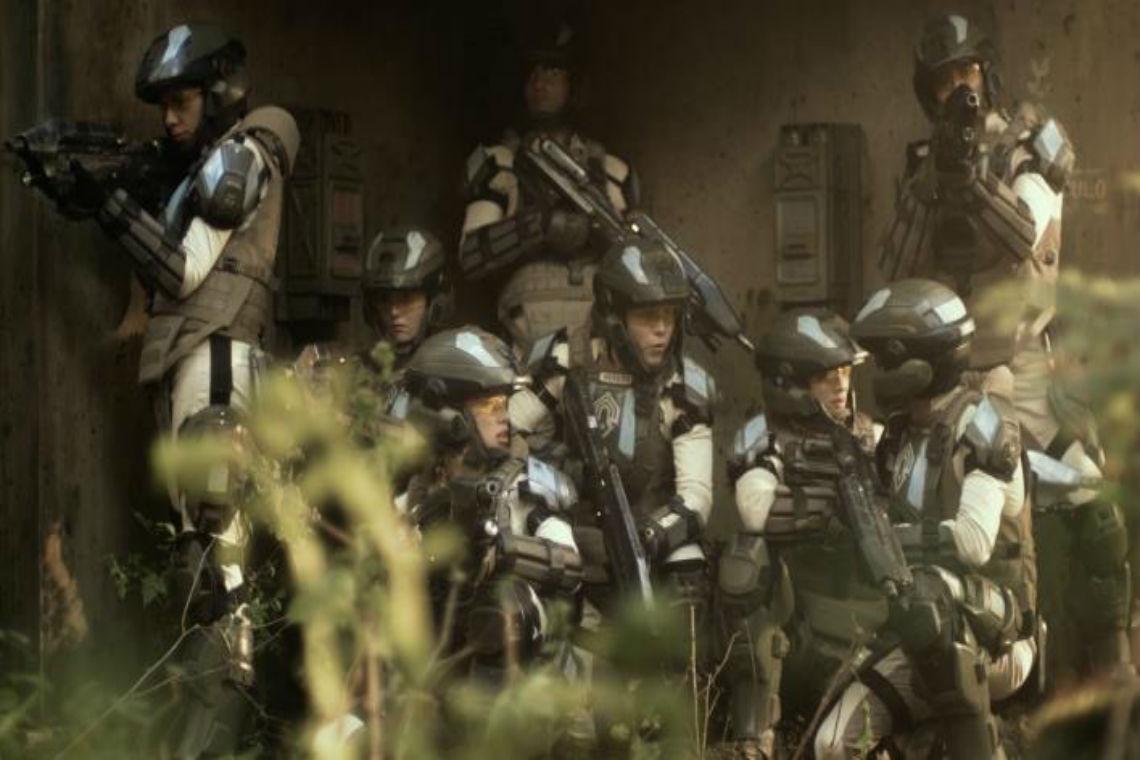 Forward Unto Dawn was a video webseries to help promote the release of Halo 4. Photo Credit: Halo Waypoint

Gaming will continue to be a growing trend with the introduction of new games, consoles and ways to play.

In the future, video game stores could be a thing of the past. Transactions could potentially be done entirely online for computer games and consoles.

“As long as the console games are still popular, Gamestop and stores that sell game discs will not become obsolete,” senior Bryce Cacpal said.

Furthermore, with the onset of new technologies such as Oculus Rift, the new frontier of virtual reality games can add a new dimension to gaming.

Along with the onset of virtual reality games, video game graphics are also improving drastically. What used to be just pixels, will be hyperrealistic images that include realistic looking environments and characters, thanks to new technologies such as motion capture. Players will be able to see improved facial features, emotional responses, and body movements from the characters.

“The Oculus Rift has the potential to completely revolutionize the entire gaming industry. The Oculus Rift can change the way we interact with our favorite hobbies whether it be video games or watching movies,” senior Gierael Ortega said.