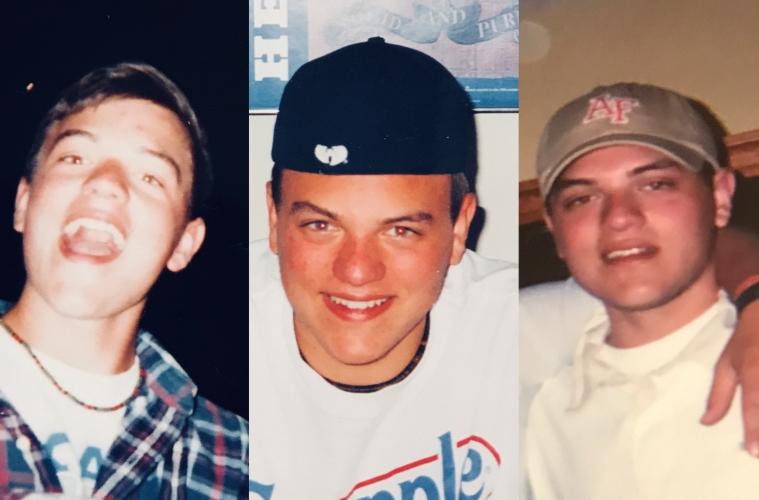 From the start of an early age, hip hop was always surrounding him within the streets of New York. Rap music ran through his veins. "I kind of just subconsciously learned a lot about how to structure rap music."Photo Credit: Joseph Juliano

At the age of 14, Mr. Joseph Juliano was introduced to rap music; during high school, he grew an interest in songwriting. One of his first attempts at writing, Juliano changed all the lyrics in a Wu-Tang Clan song so that he could talk about his friends and the memorable moments they shared.

“Eminem was so unique at the time so it sounded like nothing else I ever heard,” Juliano said. “The content matter was so different from what the typical rapper would talk about. It kind of inspired me that you can really rap about anything as long as you have a passion for it. That was kind of big inspiration for me.”

While a career in the music industry was a potential interest for Juliano, he was not sure what path he wanted to take when he first started college. He hadn’t thought about what a career as a rapper would be like, nor did he consider the possibility of becoming a teacher until the second semester of college where he took educational courses.

“[At first I took] architecture during [the start of college] and then I had no idea if it was something I wanted to pursue in the near future,” Juliano said. “I thought about film-making actually, so I took a bunch of film classes my first year, but it was my history class that caught my attention. That really sparked my attention to be a social studies teacher.”

After graduating college, his interest in rap music continued to grow. He purchased his first MacBook and began using GarageBand, and after a year he could have created beats, rhythms and styles on Garageband.

“The first song that I did in 2005 was ‘Lead the Way,'” Juliano said. “It’s kind of embarrassing at first right because it self admittedly isn’t professional quality, especially some of the early stuff it was funny to listen to now. It’s interesting to see how much I improved and found voice, but it’s always interesting to hear the first song ever produced.”

With a few hundred followers on MySpace, Juliano has recorded over 60 songs since 2005. By streaming on social media, Juliano was able to share his songs with other people who were GarageBand-type of musicians.

“I would say from 2005-2012 I was recording on a pretty consistent basis and I was able to put them all on mixtapes,” Juliano said. “This was before Soundcloud and when it was first going. Myspace was really big so I would post songs and stream them on there.”

In 2006, Juliano received a teaching position in the Clark County School District–his first contracted year as an educator at Canyon Springs High School. He moved from the suburbs of New York City to the desert landscape of Las Vegas with a group of friends who relocated to start hospitality careers.

“I would play some of my beats and we would play around with that,” Juliano said “We were like ‘Hey let’s see what it sounds like if we start recording some of this’ and that’s how the rapping started. I just had all these beats I really liked and I was like let’s do something with these.”

Those who are close to Juliano understand how music is part of his life; this includes students who are in his social studies classes.

“The first time I heard Mr. Juliano rap was when all the teachers sang the Nevada song and he rapped the entire song instead,” senior Aymen Shafique said. “I think it’s really cool that Mr. Juliano still keeps up with his passion for rap till this day. It shows how the music genre has been a big influence in his life, and it definitely demonstrates how it has shaped his interests in rap over the years.”

As rap music continues to evolve, Juliano enjoys newer rap artists like Kendrick Lamar and Lupe Fiasco who he believes are authentic musicians.

“Times have definitely changed in terms of sound and style,” Juliano said. “I don’t like the so-called ‘mumble rap’ because I don’t relate to that. I see why people like it, but someone like Future does not appeal to me. [For example,] Kendrick Lamar’s last album is really special because it’s more than just ‘Hey, I can sound really good and put rhymes together.’ I don’t like all the stuff that is coming out now, but the rappers that are focused on the lyrical deliveries are what I still like.”

Although Juliano is not able to focus much on his passion for music at the moment, he continues to make beats and work on newer tracks in his spare time. He is still waiting for the next moment and inspiration needed to create his next piece of music.

“I dont think I’m done,” Juliano said. “I think I’m just waiting for the next moment where I really have that idea. I think that if you don’t have a concept or idea that is driving you, you are kind of blind when you are creating anything. [For example,] when you are writing a poem or book, you need to have a holistic view–and I’m still kind of waiting for that inspiration.”