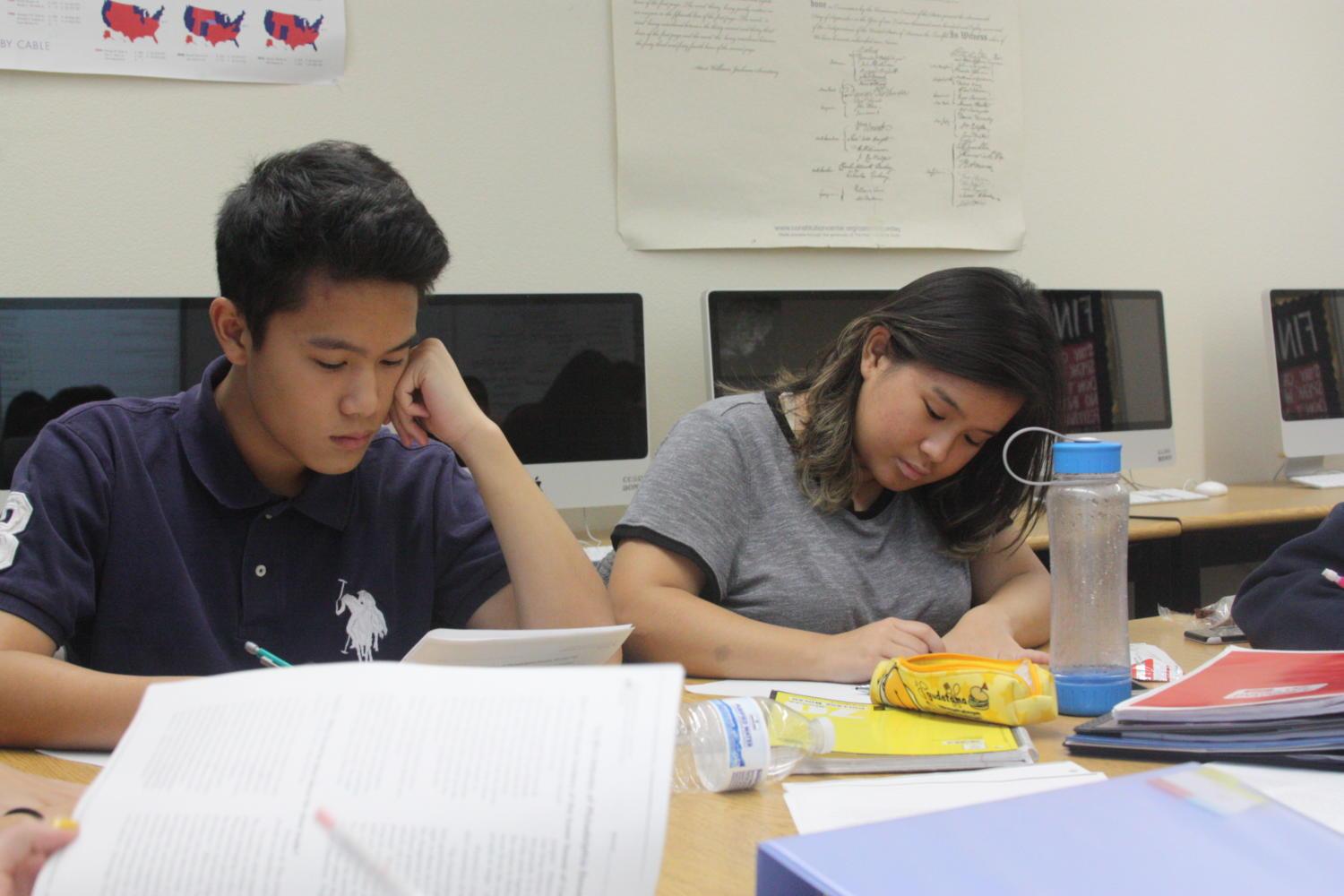 Students in Joseph Juliano's Government honors class were given articles pertaining to the Constitutional convention. The issues were given out at random and not all students were given a partner to work with. “We used the same debates that our Founding Fathers first brought up ago to determine whether we would make the same choices over 200 years late,” senior Jose Ang said.

Assigned positions on arguments discussed in the Constitutional Convention, seniors in Mr. Joseph Juliano‘s Government class worked in pairs to deliver a speech and debate their claims in front of the class.

“My partner and I were in favor of state citizens ratifying bills,” senior Kassandra Kedrowski said. “I didn’t agree with my position, but luckily I know how to make a good argument so we won our debate regardless.”

There were 10 issues to debate, and within each issue, there were two to three positions. Instead of a traditional debate, students formed their points and arguments into one speech to present in front of the class.

“My issue was arguing how the lower house of Congress should be elected, whether it’s by state legislatures, qualified citizens or land-owning citizens,” senior Darmi Effo said. “My partner and I were assigned the position in favor of land-owning citizens.”

Pairs were allowed to read off an electronic device or a printed version of their speech during their presentation. After all positions for each issue were presented, the class voted on which concept they would like to add to their own class Constitution.

“The presentation wasn’t as difficult as I thought because we didn’t really have to memorize the material we wrote down; we could read what we wrote if we needed to,” senior Jennifer Corona said.

In order to accurately simulate the convention, only information relevant to the late 1700s was allowed to be mentioned. Students were given quotes said by the original delegates to support their claims.

“In order to have a successful debate, I did more research than the material that was given, so when I went to argue my side I was able to counter my opponents arguments better than I would have,” senior Paulina Grijalva said.

Because there were 25 positions to be presented, some pairs had to present the following class period. Once all issues were voted on, students compared their class Constitution to the decisions made on the actual Constitution.

“Getting to hear everyone present the different positions was a lot more effective than just reading about it because we had to form our own Constitution as a class and we each want our voice to be heard,” Corona said. “For the most part, my class voted similarly on things the Framers did with the actual Constitution.”