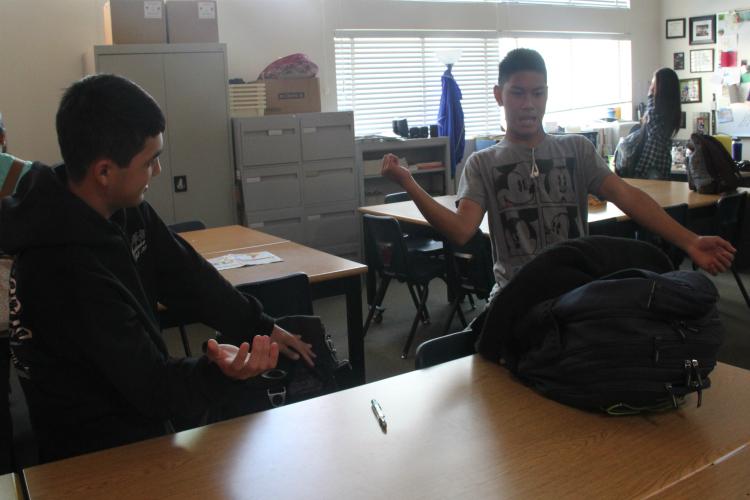 To go along with the spirit of April Fools’ day, administration played music during passing period throughout the day.

“The first song was ‘Summer Girls’ which was recommended by Ms. [Donna] Levy,” Dean Sherrae Nelson said.”‘Bohemian Rhapsody’ was in honor of a student who requested earlier in the year that that always be our bell signal, and ‘Dancing Queen’ I just thought would be fun.”

Principal Levy pitched the idea and Nelson played the music.

“When I first heard it in second period I was wondering what was going on,” junior Amatullah Aman said. “My teacher told me it was our new bell system. It was really loud but really fun.”

Administration hoped the students enjoyed the prank and plan on having another harmless joke next year.

“I cared for some of the songs, don’t know about ‘Dancing Queen,’ but as far as ‘Bohemian Rhapsody,’ totally on board and thought that was fun,” Physics teacher Mr. Patrick Waddington said.