AP US Government students prepare for “We the People” competition Event will take place on Dec. 12 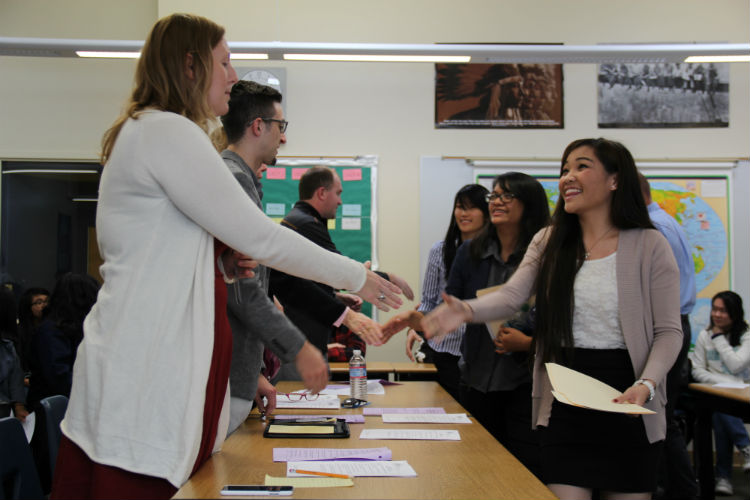 Seniors in Advanced Placement (AP) U.S. Government will be competing in the “We the People” competition at Sierra Vista High School on Dec. 12 from 8:30 a.m. to approximately 3 p.m.

“I’m excited about the competition because I think it’s a great chance to demonstrate our understanding of the constitution,” senior Mingson Lau said. “Being a competitive person, I’m also excited to compete against other teams and see who is the best.”

To prepare for the district wide competition, students in Mr. Joseph Juliano‘s class participated in a practice hearing during 6th period on Dec. 2.

“I’m definitely excited for the competition because I love debating and public speaking. We’ve spent weeks preparing for it,” senior Marissa Villarosa said.

The students were separated into groups of three or four and were assigned one out of the six units of the U.S. constitution to compete in. Each group must deliver one speech in response to a question that relates to their topic in under four minutes.

“It’s such a rewarding experience to be able compete in such an event,” Villarosa said. “Honestly, debating about the constitution is so exciting and enjoyable.”

Following the speech, the competing students must also respond to the judge’s questions relating to their unit.

“I think we’re gonna do well because we’ve had a lot of preparation and we are all really excited to show off what we know,” senior Shaelyn Dieter said.

Founded by the Center for Civic Education, “We the People” is a national social studies project that allows students to participate in a mock-congressional hearing that will test their understanding of the constitution.

“The hearing is designed to allow the students to express their own ideas about democracy,” Juliano said. “It’s the best social studies project I have ever been a part of because it helps students personalize their learning and emerge as a well informed citizen.”

“We have such a good chance to win it all, because from what I’ve seen and heard, everyone is so prepared and knowledgeable,” senior Jorge Carrera said.