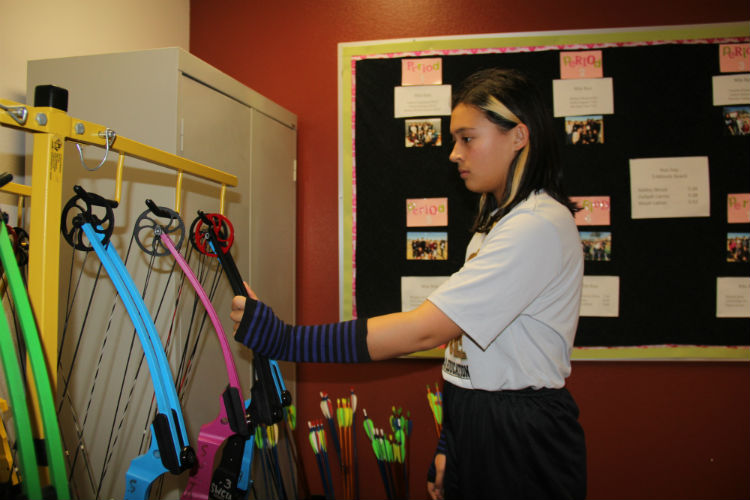 To prepare for the annual National Archery in the Schools Program tournament, the Archery Club is holding practice every Wednesday from 2-4 p.m.  The tournament will be held on Jan. 28 at South Point Hotel Casino and Spa.

“I’ve been in archery since my freshman year,” sophomore Francesca Ngo said. “This is my first archery tournament and I’m really excited to go against other people.”

The tournament requires at least 12 members for a club to compete. During the tournament, there are 24 shooters at a time and each person can get a maximum of 300 points. For the team score, each shooter’s score in the team is added together.

“The tournament is set up in a huge exhibit hall at South Point and they have targets on both sides of the room and there are three different rounds of shooting and each archer is put into one of the rounds,” Archery Club Adviser Ann Kalenowicz said.

It is also possible for an individual to win, as the program gives an award to the top three shooters at the high school, middle school and elementary level.

“I know this tournament is going to be so much fun and I really like going against other people and competing,” sophomore Simon d’Elia said. “I’m looking forward to going to the South Point and being with my friends. I hope I’ll win.”