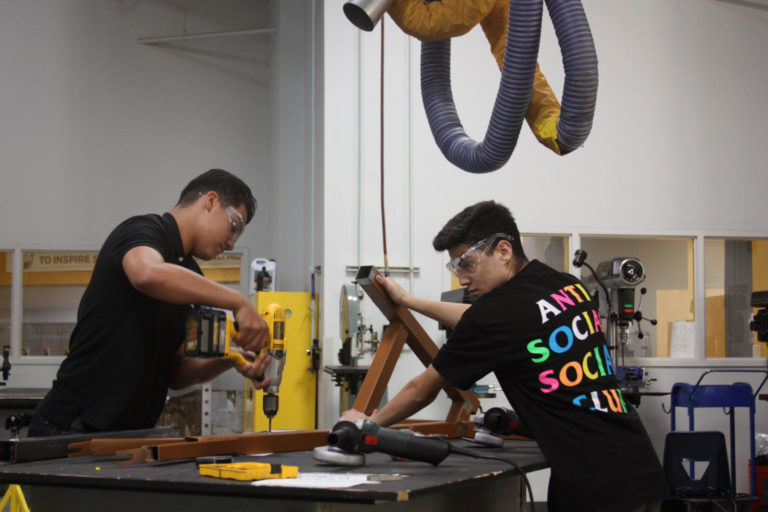 As part of their current unit on energy, upperclassmen in Automotive Technology are creating electric powered cars to enter into the Greenpower Electric Car Challenge.

“[I chose this competition because] Greenpower offered a car as a kit for a first time entry,” Automotive and Technology teacher McElroy said. “Student enthusiasm for such a project has greatly increased just by having the kit car in the shop. Greenpower is also affiliated with PLTW, whose engineering curriculum we use.”

The Greenpower Electric Car Race is a STEM based competition open to all middle and high school teams across the nation. Originated from the UK in 1999, the competition was brought over to the U.S. in 2014.

“We built human powered vehicles (HPV) for a district competition held at NWCTA, until the event was dissolved a few years ago due to lack of participation,” McElroy said. “The last event only had two schools enter: SWCTA and NWCTA.”

More electric car companies, such as Faraday Future, are building new factories in Nevada. Due to the new factories and job opportunities in Nevada, McElroy believes the project is fitting, allowing his students to gain real world experiences.

In the next year, McElroy’s goal for Automotive Technology and Engineering students is to create two different cars to race. He wants it to be a school-wide ‘Race Day’ event, where the entire school participates.

“I actually didn’t know that he wanted to do a school wide race day,” junior Michael Benson said. “If it does happen then I think that is a great idea. It would be fun for us and the entire school. It would also be a good learning experience.”