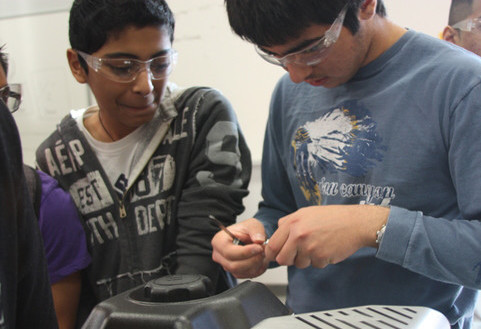 Mr. Randall Raha’s freshman automotive class started their first project with an engine on Feb.1 to learn about the many functions of an engine.

“The goal of the class was for the students to understand how the engine works and where everything is located,” Raha said.

Students were placed in groups of four to five to take apart the engine and learn how each part works together to make everything function.

“I didn’t think the engine was such a complex part of the car that has so many parts in need if function to be able to run,” freshman Matthew Arsen said.

“I really enjoy working on the small engines. They give us a better understanding of the inside of the engine,” freshman Chris Martinez said.