“Back to the Future” themed spirit day 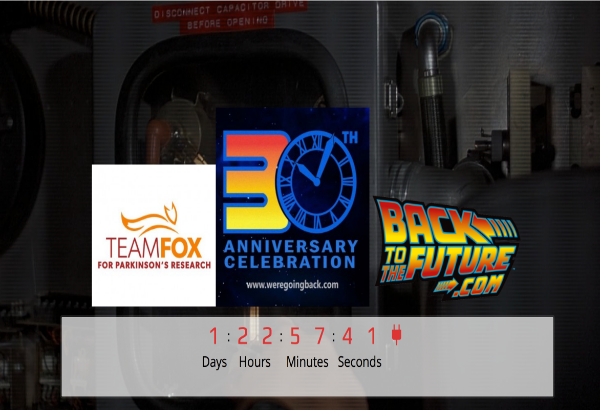 As the "Back to the Future" day comes closer, fans of the movie countdown to the 30th anniversary celebration. StuCo has planned a spirit day to commemorate the movie's this day. "We're hosting the spirit day because it is so awesome and we figured it would a really fun, easy and interactive," Student Body President Rachel Martinez said.

“We couldn’t pass up the opportunity to celebrate a day cited in a movie as famous as Back to the Future,” StuCo Adviser Mrs. Miriya Julian said.

Students can participate in this spirit day by dressing up as one of the characters from the movie or dressing up in futuristic fashion.

“I’m going to dress up as Marty McFly because he is pretty fly and ‘Back to the Future’ is also one of my favorite movies. I’ve been waiting for Oct. 21, 2015 for a long time,” freshman Glen D’souza said.

Those who participate will be entered in a contest to win a Back to the Future t-shirt or the complete movie set (Back to the Future I, II and III). Costumes will be judged by administration during both lunches, when participants will line up on stage.

“We decided to do a contest to encourage participation because who doesn’t love prizes? All decisions by the judges are final and good luck to everyone participating,” Julian said.

“Back to the Future” is also one of StuCo’s themes for the year along with ‘Never Grow Up.’

“The first time that I saw that movie I really thought it would be far into the future, and now I can’t believe it’s actually here. It kind of makes me feel a little old, but I’m excited to see what happens,” Marketing teacher Ms. Ashleigh Tagliaferri said.

The Howl will also be featuring this dress up day in the yearbook and encourages those interested in being featured in the book more than once to participate.

“Being part of the ‘future’ would be cool since it will literally only happen once. In celebration, The Howl Staff would like to be the first one to create a spread that showcases the future through fashion and props,” The Howl Business Manager Emily Yu said.