Battle of the Sexes, Day 3, boys in the lead 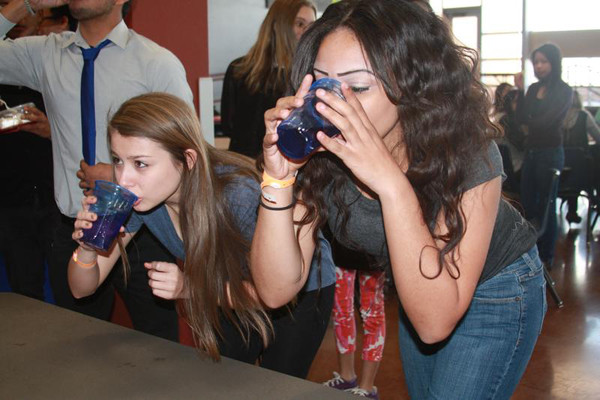 The Battle of the Sexes dodgeball preliminary rounds were held on Feb. 27, and four teams qualified for the next round of the tournament.

“The battle of the sexes is a great way to incorporate a competitive spirit in the Southwest atmosphere,” freshman Joseph Harvanek said.

On Wednesday, the boys won both of the lunch competitions, and the after school preliminary dodgeball game brought the boys’ score to 75, and the girls to 45. The four teams that won proceeded to the next round. The teams competing in the final dodgeball tournament are the “She-ballers” and the “Nugs,” both girl teams, and the “#Switchiefs” and “Beliebers,” both boys teams.

“The Battle of the Sexes is such a great way to see which gender is the best. Plus, it’s a lot of fun to watch,” said freshman Leann Carambas.

The final dodgeball tournament will be held after school on Thursday.

“This is my first year competing in The Battle of The Sexes and I have to say, it is very entertaining and the after school games are always intense. I can’t wait to see who wins!” sophomore Karla Araracap said.