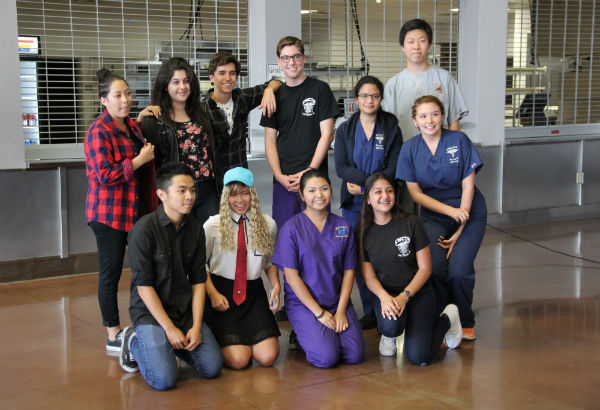 The 2015-2016 HOSA officer board was announced during the last general member meeting. The end of the year banquet, where the officers will be officially inducted is scheduled on May 15. “Working with Krystal, we hope to make this year of HOSA the best it can be and hope our new members will learn to love this organization as much as we do,” Vice President Cecilia Romero said. Photo Credit: Emily Yu

New board officers were elected for Future Health Professionals (HOSA) on May 5.

“The 2015-2016 HOSA board is going to have a lot of fun and success. They’re such a great mixture of personalities that I’m jealous that I won’t be a part of it next year, however, my wonderful board has been everything I hoped for,” Former HOSA President Maggie Yuen said.

Students who were interested in becoming an officer were required to fill out a packet and write a one page essay explaining why they wanted to become an officer, followed by an interview.

“Even though I went through the interview process last year, I was still extremely nervous to answer questions because I knew they were going to ask me different questions that I was not prepared for, but I’m glad everything went well,” secretary Kelly Bui said.

HOSA will host their end of the year banquet on May 15 from 5-7 p.m. During the candle lighting ceremony, the new board will be officially inducted and several members given awards.

“I’m a little nervous in all honesty since the lighting of the candle will mean something much more by the time next year comes around. By lighting that candle it means I’ve accepted the responsibility of my position and planning and managing this position,” MRC Chairman Katelyn Bueno said.