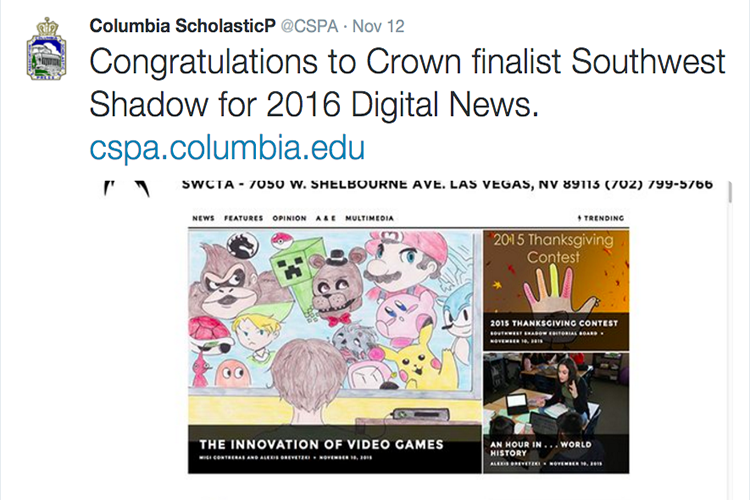 As their goal to honor top student publications that achieve overall excellence, the Columbia Scholastic Press Association has selected the Southwest Shadow as a finalist for their Digital 2016 Crown Awards. In March 2016, they will invite the finalists to New York City and announce each publication as either a Gold Crown or Silver Crown.

“I’m so proud of this team in the fact we are finalists for this award,” Feature Editor Migi Contreras said. “We had to power through a lot of bumps, and we came together when it mattered most.”

After receiving a copy of each school’s publication, a panel of invited judges considered the entries for Crown Awards.

“I’m proud of the hard work that we put in as a staff to achieve this accomplishment. Hard work really does pay off in the end,” Sr. Editor-in-Chief Jenika Chiang said.