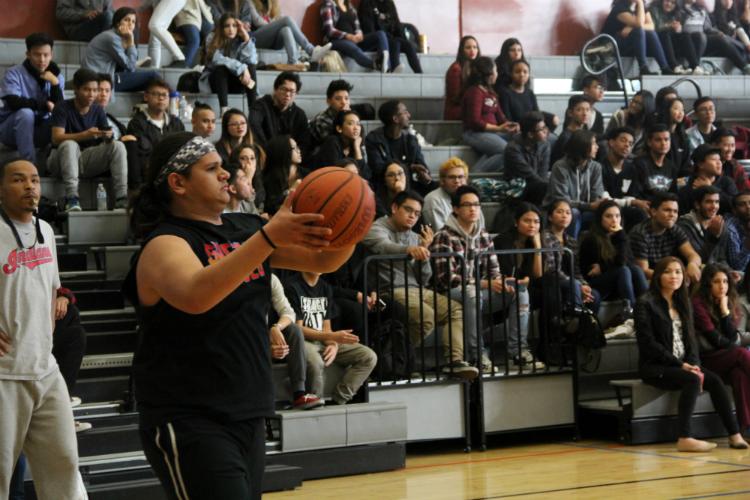 “We practiced at least 2 hours, 3 or 4 times a week beginning about a month ago,” Guiao said. “We’re going to practice a little more though because we had a lot of mistakes. We’re playing 5 more games against other tech schools, and we’re going to play West for sure again at their house,” Guiao said.

For the game’s regulation time, the teams played 2, 20 minute halves with an extended break in between each one.

“Playing against WCTA was extremely fun and will definitely be memorable,” Lee said. “We just need to keep practicing and playing together in order to do well next game.”

While admission to attend the game was free, Student Council organized concession stands, selling popcorn, cotton candy and water for $1.

“Because we don’t have any sports at this school, we don’t get to have the experience of cheering for a team,” senior Bomon Liu said. “I’m glad that we’ll be continuing to play other schools because we get to show our school spirit.”

Currently, Ocampo is organizing the bracket schedule with the other career and technical academies, and in the upcoming weeks, he will announce who the Coyotes will face in their next match. Because CTAs do not have competitive sports, teachers from the academies are organizing the opportunity.

“West emailed us asking if we want to have a game,” Ocampo said. “These guys are all seniors, and personally, I wanted their senior year to be memorable. I don’t know [what we’re going to work on next]. We have enough plays where we can actually adjust our offense to their defense, so it doesn’t matter what they throw at us.”