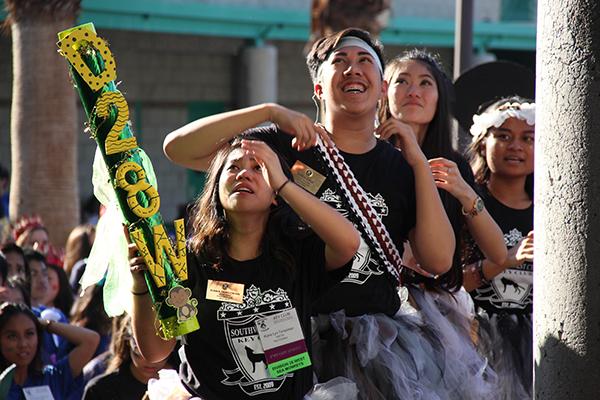 On Saturday, Oct. 3, Southwest CTA Key Club with 168 members, won the Divison 28 West spirit stick at the Regional Training Conference (RTC) that took place at Green Valley High School . This is their second victory in the past three years. They last won in 2013.

“This was my 4th and final RTC I got to attend. Once they announced that SWCTA won the Division 28 West Spirit Stick, I was in tears while running up the stairs to get our award,” Senior Kimberly Yiv said. “As a president, I worked really hard and the best thing is knowing my hard work really paid off.”

Southwest had to compete against 1,000 other attendees and 16 other clubs to win.

“With having to 16 schools to compete against, it was all of our members who led us to win the spirit stick. As we moved on from Top 6 to Top 3, all of us were both shocked and nervous,” senior Greg Cruz said. “But as our names got called for the last cheer, we all screamed to the top of our lungs, making us win the spirit stick.”

“There are absolutely no words to describe how proud I am of my club,” Yiv said. “At first, I was worried that we weren’t going to make it to the finals, but when the day came, all the members put their game faces on.”