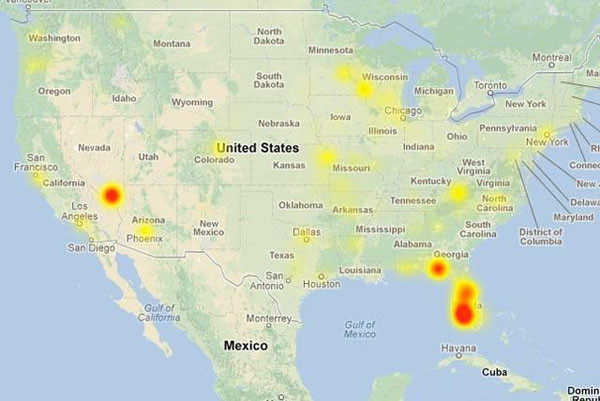 Internet Service for the third largest telecommunications company, CenturyLink, was down for approximately 48 hours from May 6-7 on the west coast, causing several issues for teachers and students all over campus.

“I can’t believe the internet is really down! Everything we do at school is on the internet. I had to change my lesson plans around because of the lack of WiFi connection,” Respiratory Therapy teacher Mrs. Vicki Smith said.

During the internet outage, teachers were notified by the district of the issue, as they were trying to resolve the problem. The estimated downtime was 24-48 hours for the valley, but it was fixed for the district in about eight hours.

“When I found out about the lack of WiFi connection, I felt kind of lost with what I was suppose to be doing. Good thing they restored the connection fast, because I felt so counterproductive, “ junior Danielle Valerio said.

The lack of WiFi not only limited teachers and required them to find other assignments in place of their online tasks, but it also limited the use of outside resources for upcoming projects by students. Its restoration at noon on Tuesday was earlier than expected, and brought many students back on track with all of their classes.

“With the WiFi down, I wasn’t able to do a lot of my school work until I got home,” junior Joanna Joseph said.

Unlike last year, the connection to the internet has not been an issue. Previously, it was common for the internet to be disrupted on a regular basis.

“I’m glad that the school’s WiFi is fixed now, since it’ll enable the students to utilize their iPads to do research, especially the juniors with their upcoming projects in class,” junior Nancy Tran said.