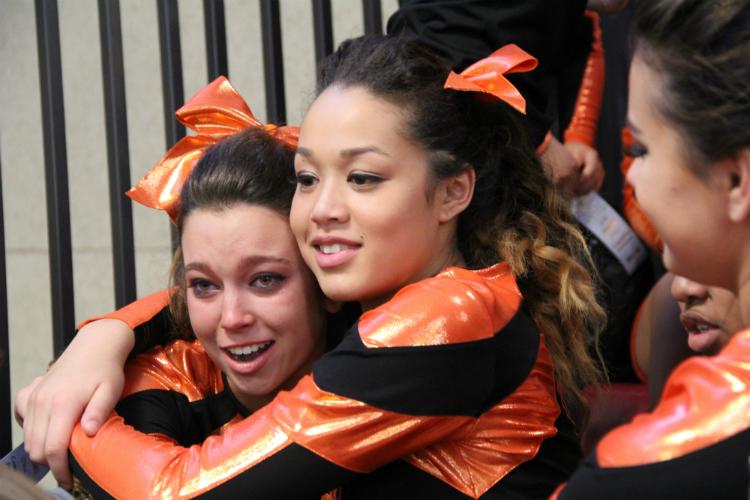 “They won first place at regionals, so now we’re going to nationals,” Cheer Coach Cindi Chang said. “This competition was more to get to go to nationals.”

The team competed in the JV (Junior Varsity) division at the regional competition. Before the national competition is held, a separate event hosted by the NCA (National Cheerleaders’ Association) will take place on Feb. 6; the team will be participating.

“We were the only ones competing in our division,” sophomore Becca Chang said. “We just had to score 75 points or higher to get to nationals.”

Competing teams must score a minimum of 75 points in order to qualify for a spot at the national competition, which will be held in March at the Anaheim Convention Center in Anaheim, Calif.

The team is in the process of formulating fundraising ideas, though none have been officially announced.

“We are thinking of selling pizza,” junior Cheylo Wilcock said. “The rest is self-funded.”