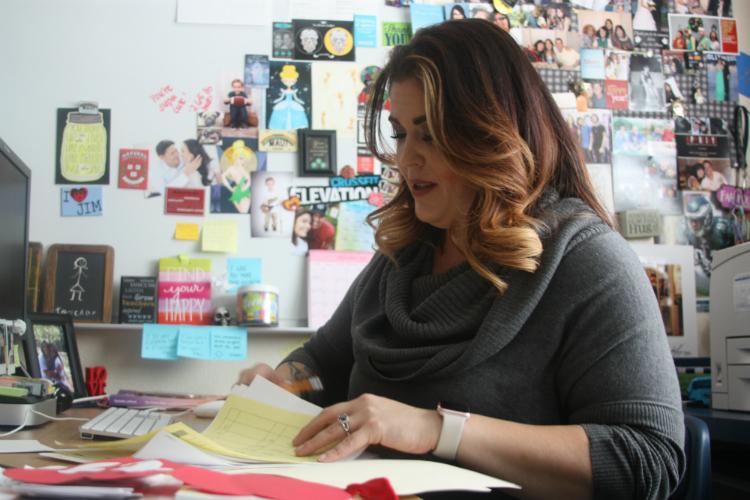 As the Class of 2016 prepares for their upcoming graduation, Class of 2016 adviser Mrs. Laura Penrod and Student Council have begun accepting submissions for which song will accompany the commencement process at The Orleans Hotel and Casino on June 9, 2016.

“The song should really match the occasion. We’re talking about 12-13 years of education coming to an end and starting a new chapter,” Student Council adviser Mrs. Miriya Julian said. “That is what graduation and commencement is about so it would be nice if the songs talked about either going on a journey or completing something.”

Due to the nature of the content, suggestions that use inappropriate or explicit lyrics will be disqualified from the process. However, censored versions of songs may be accepted.

“The song should have some type of meaning towards this part of their life ending and a new beginning, friendship, or memories,” Penrod said. “I would say something that they can look back to in 10 to 2o years and still want to hear. It shouldn’t be just something popular but should still have that meaning after many years.”

After identifying the most popular suggestions, Penrod will post an online ballot in December to select the senior song.

“All songs suggested go to Mrs. Penrod, and then from there, the most suggested songs get compiled into a list, Julian said. “From there all the lyrics are printed out, and it goes the to the principal for a final edit. Once we have our final three to five options, then it goes to a class vote.”

During the Senior Send-Off Assembly, Student Council will play the selected song as the students prepare for Grad Night.

“I’m going to be very sad to see the Class of 2016 go, especially my Student Council members or kids I’ve had in AP Psychology,” Julian said. “I’ve just gotten to really know them over the years, and it’s going to be hard.”