Club Preview: A look into the week of Jan. 21 Chess, FBLA, SkillsUSA, Cyberpatriot 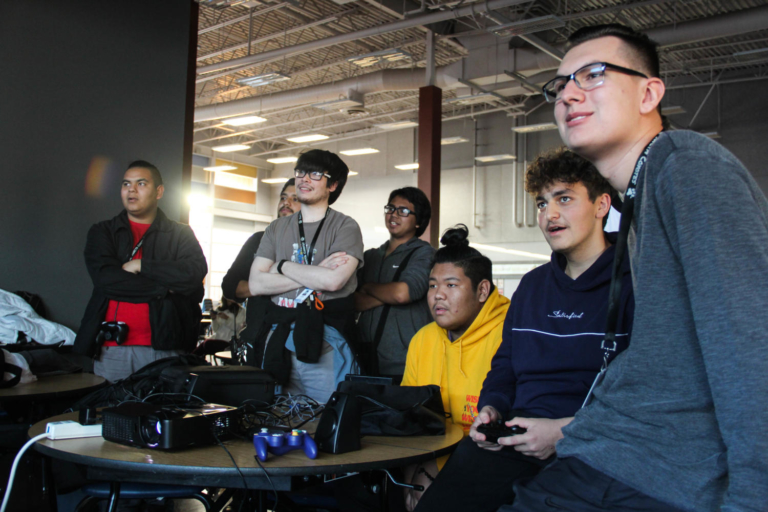 On Tuesday, Chess Club will be participating in district Finals with three other high schools–A-Tech, Ed W. Clark and Coronado.

“We don’t know who we’re going to be playing against [in the first match],” senior Sam Cox said. “We’re studying opening and ending games. They’re something we’ve been struggling with for years and we want to focus on those because those decide the game.”

If Chess Club wins district Finals, they will become state champions for the first time. Once District Finals are over, the club will continue practicing for next year’s season.

“The last two teams left standing will compete against each other, then whoever wins will be champion for the year,” Cox said. “I want to win because this is my final year. I built this team from the ground up and we want to beat Clark for dominating for years.”

In preparation for Skills Week, SkillUSA and Future Business Leaders of America (FBLA) are teaming up to give back to teachers on campus.

“February is CTSO month, so each CTSO celebrates some sort of week-long tradition to give back,” Web Design and Development teacher Denise Snow said. “FBLA Week happens to be on the same week as SkillsUSA’s, so we decided to collaborate. Until the Skills Week, we will be brainstorming ways to celebrate, like giving coffee to teachers.”

“SkillsUSA is usually associated with outside sources, so it’s good to find a way to incorporate it with the school itself,” senior Kesler Cervantes said. “It’s especially great that we’re doing something to give back to our teachers because they work so hard to educate us.”

After placing 8th in State Competition, CyberPatriot has started preparing for an online cyber security contest that will take place at Cheyenne High School.

“[At the competition,] they’ll ask you questions about a bunch of random stuff and you figure out the answers to these things, which you gain points from,” junior Anish Chejerla said.

Although there is no grand prize for the winner of the online contest, CyberPatriot is using this opportunity as practice for next season.

“We went to state, but we didn’t get nationals,” Chejerla said. “As we focus on next year’s season, we’re going to do small things [like the Cheyenne competition] to keep us busy.”