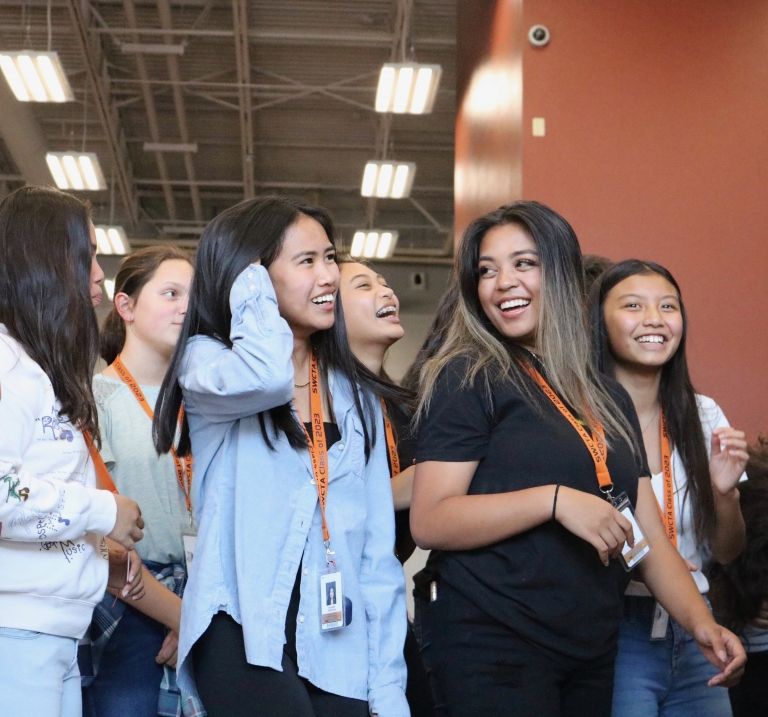 Readying themselves for RTC, freshmen Aylana Paculan, along with her friends, Samantha Wingco, Angelene Juardo and Samantha Manuel practice their Key Club cheers on Aug. 26. Key Club members are preparing for the board elections at their next meeting. “This past year in Key Club was amazing,” Paculan said. “ With elections around the corner, that means a new board, meaning we not only get to pick who runs the club as members, but also see what it takes to be a board member for next year’s election.”

As the Key Club calendar comesbegins to an end, current board members will be organizing the next election on Jan. 27.

“With it being my last year in high school, I’m a little sad to leave my position behind, as it was also my first year on board,” Key Club Historian Casey Joseph said. “I’m excited to see what the following board has to offer and what they’ll be implementing into the next term of Key Club.”

The members running will have to answer a few questions about their work ethic and their reason for running for the specific position at the clubs next meeting.

“I am actually running for junior representative for the new club season,” Leong said. “I’m doing it because after my experience at RTC, I thought it would be a lot of fun.”

As HOSA members prepare for state, they have started testing their knowledge for their competition categories.

“Since state is in March, we have members preparing presentations and practicing their skills for whatever category they chose,” HOSA member Ginella Santos said. “I’m excited for the competition this year because we get to go to Reno.”

At the conference, students will be competing in categories such as: dental assisting, medical terminology, and medical law and ethics.

“Last year for state, I did a presentation on sleeping habits,” Santos said. “This year, I am thinking of doing one of the knowledge tests because I think that having a change of category sounds fun.”

Finishing off their last song list, the Coyote Music Association is preparing a new set for an upcoming school performance.

“Since we are just got back from break, we are kind of rusty, so we want to get back into the groove of things before Coyote Coachella,” Band Club President Robin Jo said. “We are hoping to perform with a new set list, which we will be discussing soon.”

Once members have picked their new songs, they will practice them for their performance at Coyote Coachella.

“I’m excited for the upcoming events because it will be a great experience for club members,” Jo said. “It also will be great exposure for the club and allow more students to become interested in it.”