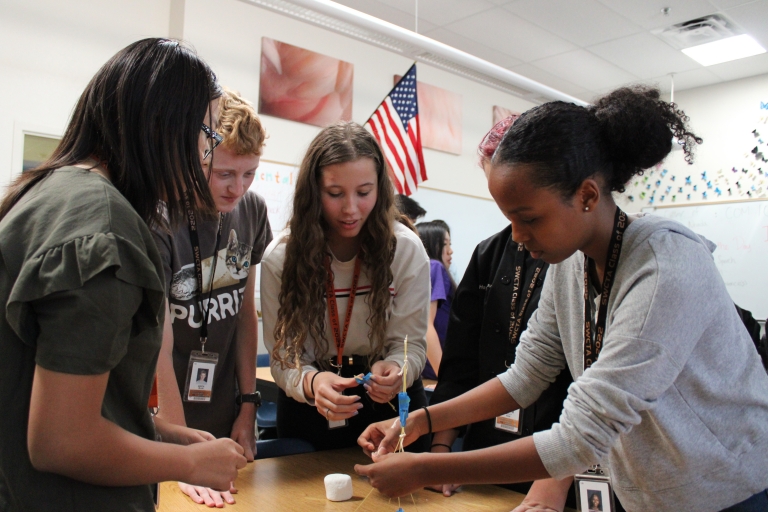 Speech and Debate, Every Thursday, E- 131

To prepare for their final tournament, Speech and Debate members have been practicing their cases.

“I’m actually really excited because last year Rancho was my first tournament,” Speech and Debate member Kimiya Nematian said. “I’m excited to compete against some of the same people and see what happens.”

The final tournament of this season will be held at Rancho High School on Dec. 6 and 7.

“I’m preparing for the competition by writing my speech,” Nematian said. “I am still in between topics, so I don’t exactly know what I’m going to be talking about yet. I am focusing on creating an interesting and creative speech that is sure to impress.”

To pay for the costs of build season, Robotics members are preparing a volunteer event at school.

“I believe it’s very useful for our team as it helps us get the word out about our team,” Robotics member Justin Casuga said. “It helps prepare recruit members for how an actual competition might feel like.”

The club plans to host a Lego League tournament, helping out kids and critiquing the designs, on Dec. 14.

“The build season will be helpful to the freshmen,” Casuga said. “I am happy to help out the members of the club and can’t wait to see how the season goes.”

To prepare for their club performances, Band Club members will practice the songs they chose within their groups for this month over break.

“We try to pick out a new song at least once a month,” Band Club President Robin Jo said. “During each meeting we practice and I think it’s a good thing because we can all understand how the song should be played together.”

After the break, the groups will perform their chosen songs, such as “Secrets” by OneRepublic and “You’ve Got a Friend in Me” by Randy Newman, before moving onto the next.

“I believe that everyone participating in it has been doing fantastic,” Jo said. “It’s a great group of people and I can’t wait to see what the future holds for us, like playing at assemblies and other events.”