Club preview: A look into the week of March 18 Drama club, BSU, Speech and Debate 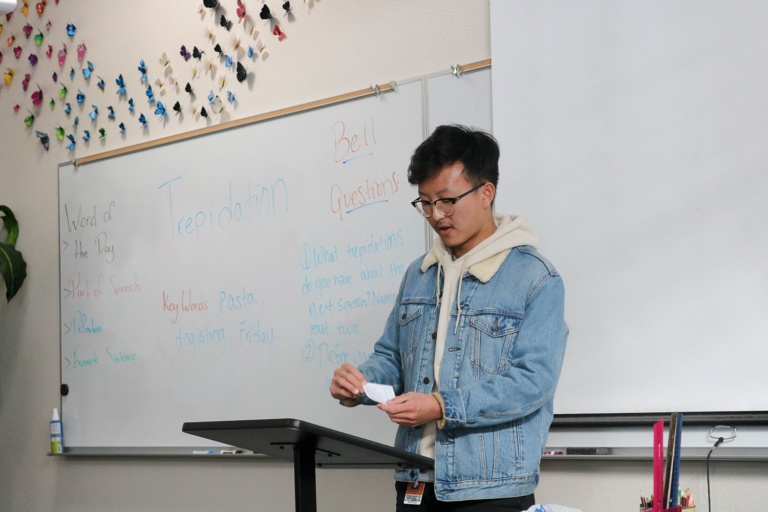 After winning the Lip Sync Battle for the second year in a row, Drama club is planning to perform in the future.

“[Drama club] plans on putting on a showcase more towards the end of the year since our play was cancelled,” junior Kendall Cain said. “We also plan on participating in Black Student Union’s poetry slam as well.”

As a prize for winning Lip Sync Battle, Drama club recently performed their routine at the Coyote Games assembly.

“Lip sync battle was honestly really nice just seeing the school enjoy something the club put a lot of work into,” junior Draven Zindle said. “I’m glad we achieved the goal of entertainment.”

To donate to the homeless youth community, Black Student Union is planning their annual hygiene drive. The club will be collecting toothbrushes, toothpaste, soap and other hygiene items to donate to Project 150.

“Having events like drives gives the school community a chance to help ourselves, homeless teens and children in the Las Vegas area,” junior Ruth Daniel said.

Towards the end of the year, Black Student Union plans to hold a poetry slam for the school.

“I hope that the plan for the poetry slam will pull through because it will allow students to get together and have some fun,” Daniel said. “Anyone willing to participate can audition to recite a poem, sing or anything they want to perform in front of an audience.”

In preparation for qualifications, students are refining their debates and speeches from previous events to ensure quality submissions for their District Tournament.

“Since, I’m secretary of the club, I have to oversee everyone in my category, Public Forum Debate,” junior Grinesa Bajrami said. “To prepare, I have to write my case earlier than everyone else so that they have an example to base their own case off of.”

The District Tournament for speech is at Canyon Springs high school on April 5 and 6, while the debate tournament is at American Preparatory Academy on March 28-30.

“The Speech and Debate season went really good ,” junior Jennifer Shelley said. “It’s our first year as an official team, so we haven’t had as much experience as some of the other schools but Mr. Castillo and all of our officers and team members have done a lot to prepare us and help us reach the level that we’re currently at.”