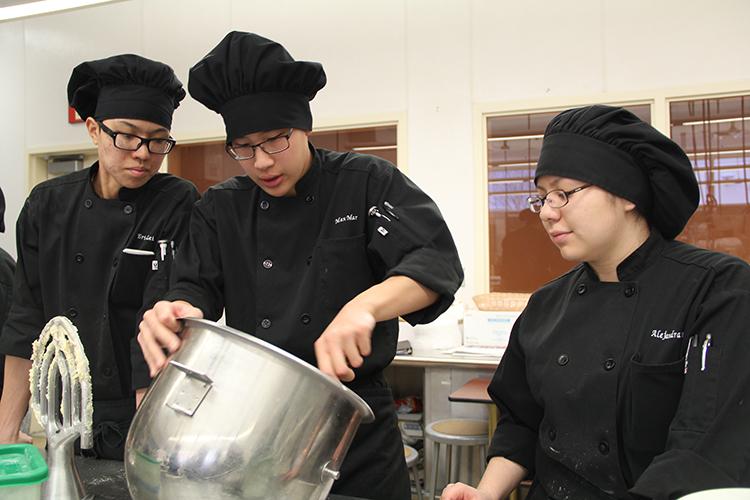 “There are other schools and districts and industries that don’t even know that Career and Technical Education exists like it does here, so it’s a chance to showcase what we’re doing so that they can see how CTE relates to core academic careers,” Community Partnership Coordinator Craig Statucki said. “Things like Web Design are great cross-curricular projects where they can see the benefit of CTE and the core academic classes.”

The 2016 CTE Month theme is “Opportunities for Career Success,” which emphasizes leadership and excellence at local CTE programs and future economic success.

“You’re getting practical experience, especially with upper grade levels, with things like capstone projects and internships,” Statucki said. “It doesn’t get any more career-oriented. The activities are aimed at building those career skills to become employable.”

Two new additions to the list of CTE Month initiatives were added this year: the CTE Showcase and the PSA Video Contest. Additionally, a calendar has been organized that details outreach events during CTE Month that will be held by partnering organizations of the ACTE.

“I would likely participate in an event if we were to host one here,” junior Kenneth Weeks said. “It would be beneficial to showcase what we do here to ready ourselves for successful careers.”

Students and employees of CTE establishments are encouraged to raise awareness by communicating with the media, which involves holding public events and attracting policymakers.

“I feel like I took a preview of a college course,” senior Jaden Bailey said. “The greatest thing is being able to know that I got a preview of what the video game course is like.”

There are six CTE schools, each with various programs and opportunities for students to participate in.

“Quite honestly, I wasn’t too into the culinary field as a freshman, but I’m loving it now,” junior Kylavel Carlos said. “I think it’s really important that students in general receive opportunities to try out their potential career paths; it’ll give them some grasp of what life will be like when they’re older. It’s even better to know all of this before going into college or other higher level institutions, because it costs significantly less.”