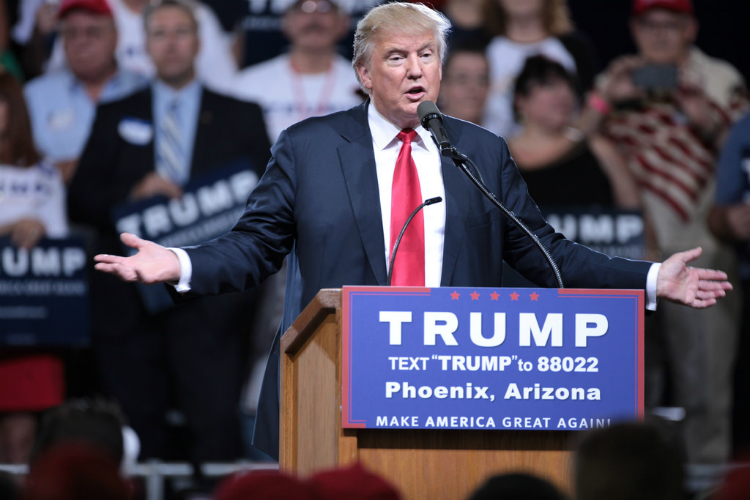 Last night, Donald J. Trump was elected to become the 45th president of the United States. Trump ended the night with 276 electoral votes while Hillary Clinton had 218 electoral votes.

“America is going to go down the drain for at least the next four years, maybe even eight,” junior Victor Vargas said. “He told us that he wants to fix all these issues, but never gave a plan on how he is going to do it. I think that his actions may lead us to World War III.”

“I didn’t really follow the election because I don’t really care who won or not,” sophomore Alexandra Machado said. “I believe everyone has their own opinions and views on who is going to be better for this country. Whoever is elected president should try their hardest to better improve the country.”

“Since I am a Latina, I think that Catherine Cortez Masto is setting a good example for the Latino community,” junior Elisa Bustamante said. “It makes me happy knowing that she is going to set an example for the future generation of Latino kids that anything is possible. We need to make higher authorities like the senate a little more diverse and she did just that.”

The ballot also included a fuel tax hike measure. The law will be adding 3.6 cent tax per gallon on gas in order to raise $3 billion for local road construction.

“The increase of fuel tax to improve roads will definitely impact my spending,” senior Chriselle Lee said. “I need to make sure I stay within a new budget, but it will be for a better community to grow up in.”

The two other ballot measures included exempting a tax on some home medical equipment and establishing a competitive energy market in Nevada.

“I feel that the presidential announcement may endanger my family, my friends and myself,” senior Kylavel Carlos said. “A lot of Trump’s rhetoric has incited fear that targets and demonizes minority groups, and his election reflects the shared sentiment among the majority of the American people. With everything that happened in his campaign, I’m afraid that people will feel validated in their beliefs — that it’s okay to sexually assault women, that’s it’s okay to exclude a large group of people for their religious beliefs — and act on them.”