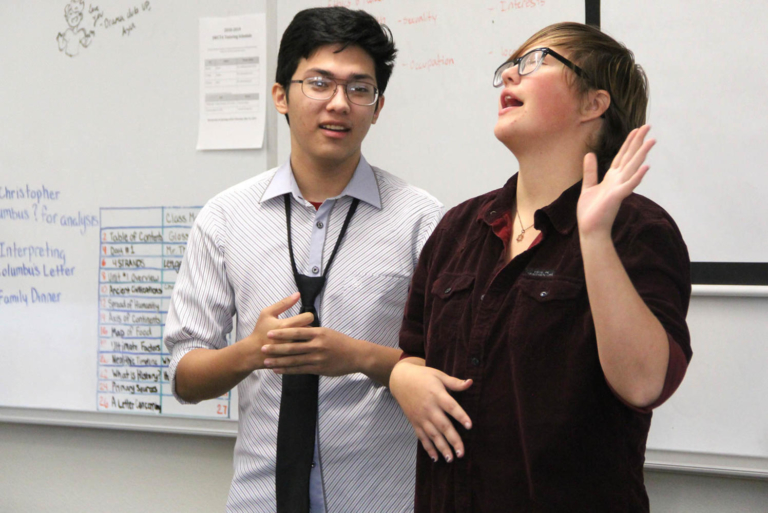 To include performing arts in the school, Drama Club is preparing for an upcoming production of Crumpled Classics.

“We wanted our first play to be a comedy because everyone loves a good comedy and our goal as actors is to appeal to the audience,” junior Kendall Cain said. “Since our audience is high school students, we wanted to do something that will get them to come to see it.”

Auditions are open call and will take place in the upcoming weeks.

“I was a theater kid all throughout middle school and it helped form who I am today,” Cain said. “This can help other students open up and break out of their shells.”

Aside from acting, students will also focus on dancing and singing. To put on a play, students must be versatile with different aspects of drama.

“In our meetings, we do a lot of tongue twisters and vocal warm-ups,” junior Terra Washington said. “By doing these warm-ups it helps us relax and get into a focused spaced so we will be ready to do whatever is prepared.”

The club hopes to utilize a space on campus since a traditional theatre is not present.

“We focus on ways to improve ourselves not only as actors but as people,” Cain said. “Students should join drama not just to be in a club, but to be in a family. We are a no judge zone club where you can express how you feel.”