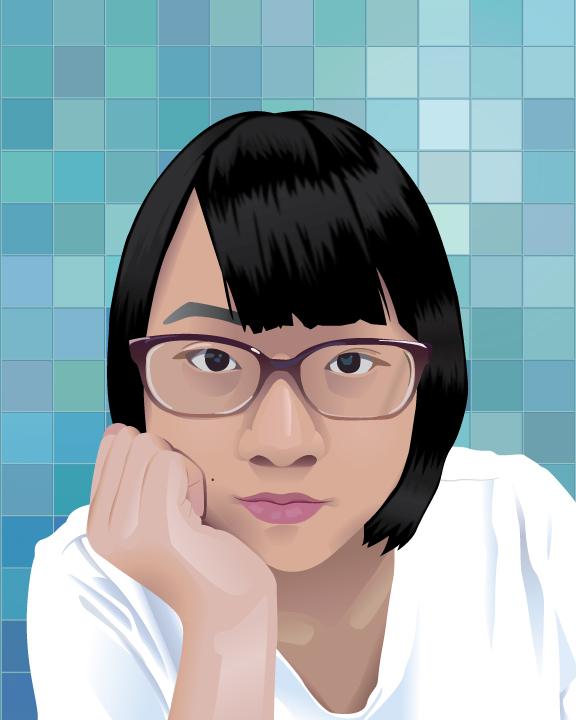 Junior Emerald Liu submitted a self-portrait she created in her Graphics Design class to qualify at regionals. At the World Championship, she was challenged to create a poster for Room to Read in eight hours. “The submission was for a grade, but I am the type of person that likes to do a thing to my full potential, so I submitted my best project and I was surprised when it became top three,” Liu said.
Illustration by Emerald Liu

Out of the 35 students from 18 different countries who competed at the Adobe Certified Association (ACA) World Championships in Dallas, Texas from Aug. 9-12, junior Emerald Liu was one of three students finalists to represent the United States.

“Being one of the three competitors from the U.S. was a dream. I can’t believe my project was chosen. It shows that my skills on [Adobe] Illustrator are not that bad,” Liu said.

To be eligible for the contest, students must be between the ages of 13 and 22, be able to prove their status as a student and be chosen by Certiport during the qualification round of the Regional Championships. Competitors had eight hours to create a poster for a non-profit organization, Room to Read.

“To prepare the students, they had to pass at least one of the exams and enter a piece of artwork one of the software is certified in,” Clark said.

“Mrs. Clark wanted her students to submit something after two years of learning Illustrator and Photoshop, and the project I submitted was a self portrait made in Illustrator,” Liu said.

First, second and third place winners received monetary prizes from $1000 to $5000, a trophy or a medal and a certificate.

“A lot of people were hoping to be a winner. Last year, Javier Salazar represented the U.S., so for the three years that we have had this contest, we have had students compete,” Clark said.

Liu hopes to use this experience in her favor for her future work.

“Even if I didn’t win, it was still a great experience to be able to work with real clients,” Liu said.