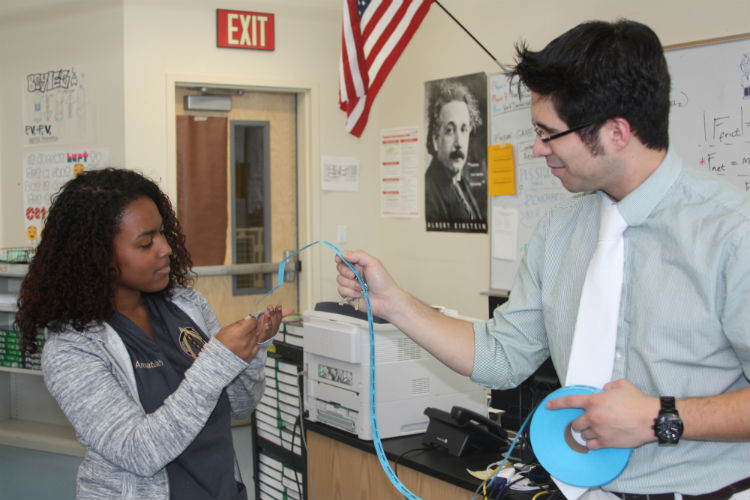 In order to reduce the cost of attending state conference, SkillsUSA will be hosting their first game night in the cafeteria on Dec. 4 from 5-8 p.m.

“As an officer, I look forward to having time to interact with members on a more personal level. I never have a chance to hang out with them as friends instead of members,” SkillsUSA Vice President Amanda Galvan said.

All students are invited to the event, but non-SkillsUSA members will have to purchase an admission ticket, which are being sold in the cafeteria for $3 during both lunches. Tickets will also be sold at the door for $5.

“The SkillsUSA group wanted to have an event that was more inclusive to the whole school and so game night was something that was adopted in as an idea,” SkillsUSA adviser Patrick Waddington said. “Game night has been at SWCTA before and we wanted it to be a new way to [make] contact with the school and not just be our own separate group.”

The event will feature Ps4, Wii and Game Cube console games as well as karaoke and Dance Dance Revolution.

“I am really excited because it’s a chance to hang out with my friends and I’m especially looking forward to karaoke and singing along to ‘Hello’ with my friends,” junior Samrawit Misiker said.

The SkillsUSA State Conference, which features 117 different competitive events, will be held in Reno, Nev. from April 14-17.

“I will be competing with [Nicole] and to prepare, we’ve been doing resume workshops, practice job interviews and reviewing the PDP test,” SkillsUSA President Colton Fitzgerald said. “Last year’s state competition was so much fun and I’m excited for state this year because I want to defend the web design title.”