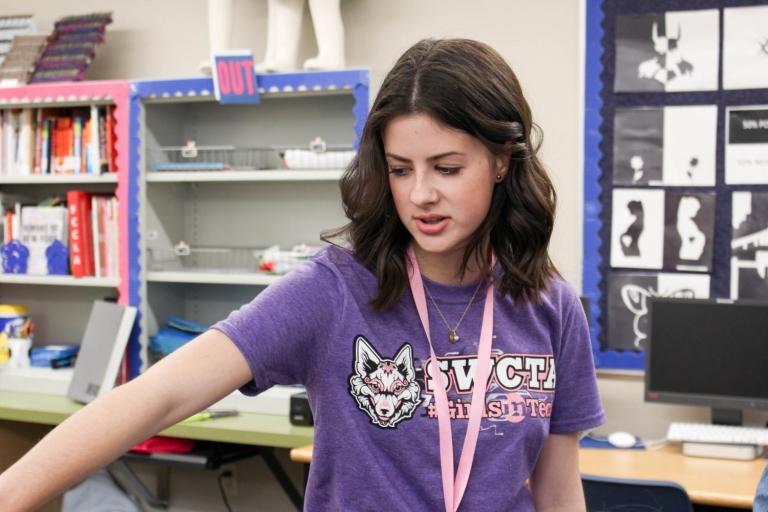 “Certain career fields are heavily male-dominated,” CTE project facilitator Snehal Bhakta said. “A lot of people have this perception in our society where [they think], ‘these jobs are for men, these jobs are for women,’ so we are trying to overcome these barriers.”

Girls in Tech (GIT) adds schools to their list of participants every year. This year, partnership coordinator Rebekah Holloway was in charge of organizing the event.

“[Organizing this event] took a lot of details,” Holloway said. “There was a lot of fine tuning that needed to happen, but it was exciting to be around such positive students.”

As Holloway arranged GIT, girls in Video Production, Engineering, Fashion, Web and Graphic Design planned workshops to teach the middle schoolers about their programs. For instance, seniors in Web Design organized a demo on how to code a basic website and create a game to test their knowledge of what they learned.

“We didn’t want them sitting in front of a computer the entire time because, based on our experience in teaching kids last year, [the students] would rather do something interactive and fun,” senior Liane Cabrera said.

Students and chaperones had a pizza party in the Coyote Ballroom at the end of the day.

“[I hope that these] young women overcome the fears or challenges that they may have and leave [this school] with confidence,” Bhakta said.