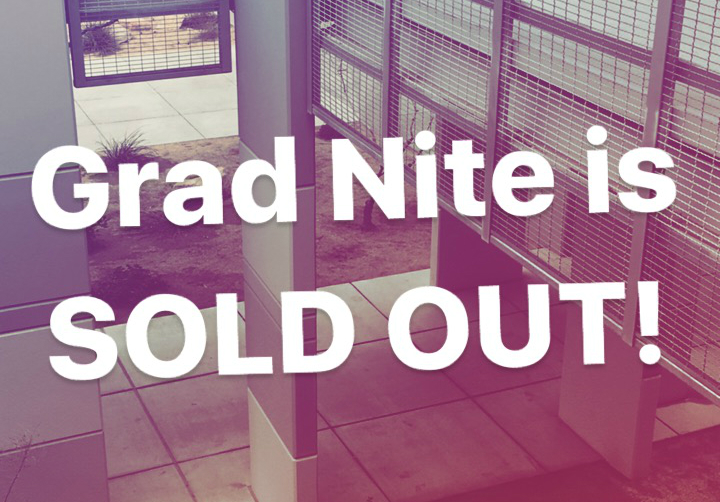 Due to the limited number of seats and high volume of seniors hoping to attend the Disneyland Grad Nite, all 150 spots for the trip have been sold.

“Last year it was so popular, and this year when everyone found out where we were going, I knew it was going to be a quick sell out,” Class of 2017 StuCo adviser Ms. Veronica Whiton said.

For all seniors put on the wait list, Whiton is working to add a fourth bus to the trip.

“I’m blown away at how fast tickets sold out,” senior Donovan Sanchez said. “All of my friends got tickets so I’m the only one left without one.”

As for the seniors who received a pink slip while waiting in line to pay for one of the initial Grad Nite seats, they should expect to hear from Whiton within the next two weeks.

“While waiting in line for a ticket, I was constantly jumping up and down,” senior Cynthia Lee said. “This trip is something I’ve been looking forward to, but the kids that weren’t able to get tickets probably felt the same. I really hope those students are able to go and have one last memory of their senior year.”

Because of the amount of paperwork involved in signing seniors up for the trip, Whiton decided to cap the attendees at 150.

“We did say 150, first come first serve,” Whiton said. “We had a few people show up after school, but they weren’t able to get a spot because they weren’t at school.”

Seniors were only able to purchase a ticket during lunch, due to StuCo members opting for a time when all seniors would be in school.

“Seniors were able to put their deposit down only during lunch because some seniors have open period in the morning or internship in the afternoon, so we wanted to give all seniors a fair chance to get a ticket,” StuCo member Demitri Bannoura said.