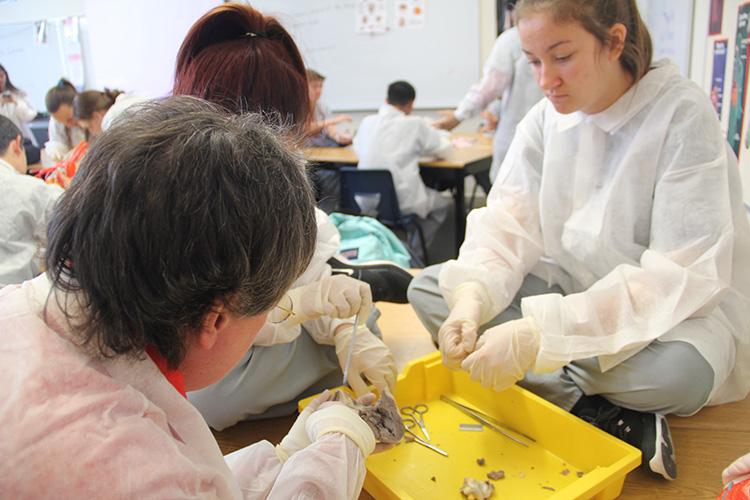 “We’re looking at what bones are composed of, starting from the outside in,” Dr. Janet Sullivan said. “On the outside, there is a fibrous coat called the periosteum. Under that, there’s compact bone, then spongy bone. The students have been excited about dissecting out actual blood vessels.”

During the dissections, students cut bones in half and verbally identified the various layers present in the specimens. The same procedure was done during heart dissections.

“I think the most interesting thing about cutting up the heart was seeing the ventricles and how they connect to the valves,” sophomore Russel Grimares said. ” I’ve only seen the heart in pictures and it was fun to see a visual representation of it.”

Dissections will end this week. A test following the procedures will be administered to students next Friday. No announcements regarding future dissection plans have been made.

“It’s really exciting to dig around and find interesting things while dissecting,” freshman Yahida Peregrina said. “I hope we get to do this activity again in the future. I feel like it’s helped me learn a lot better.”

"My favorite show is Avatar: The Last Airbender. I