HOSA appoints new board of officers 10 applicants receive board positions 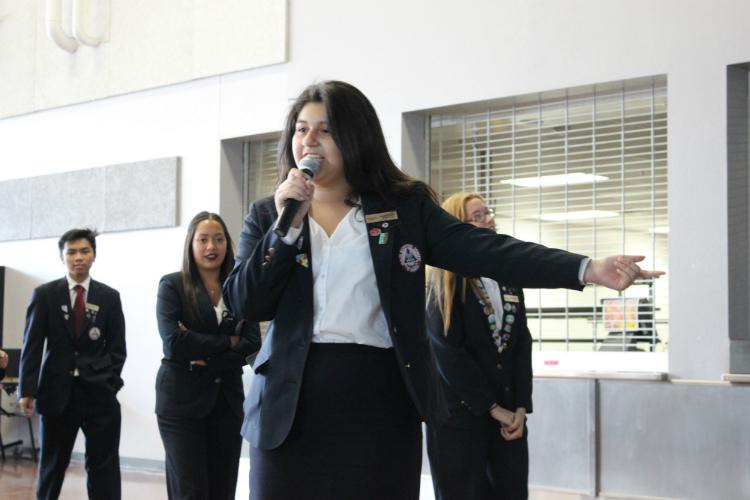 The 2016-2017 HOSA (Future Health Professionals) officer board was established on Tuesday, May 3. 10 applicants were appointed board positions. The number of total applicants will remain undisclosed.

“The selection process was really competitive,” current HOSA President Krystal Chaidez said. “Everyone who applied had something to share and bring to the table, but we have to narrow it down to the best-fit applicants for the positions.”

“I received the vice president position by putting myself out there during the interview and convincing the old board that I will take on the responsibilities of that position,” junior David Silva said. “I want to contribute more to providing meaningful experiences when it comes to the meetings, volunteering, state and everything else the club has to offer.”

In order to acquire the board positions, applicants were required to submit an application form, followed by an essay detailing their intentions as an officer. Applications and essays were then processed by advisor Vicki Smith and the current officer board, who held interviews at the end of April to screen the applicants for official selection.

“I hope to really increase the amount of participation in the club,” junior Carl Montemayor said. “Recently it’s died down just a bit and I would like to incite that passion within our members, especially the incoming freshmen. We have to display ourselves with positive characteristics, such as determination and diligence.”

The new board positions will not include reporter or parliamentarian, reducing the total number of officers by two. The president-elect will be in charge of writing the quarterly newsletter, which was previously overseen by the reporter; order during general meetings will also be maintained by all officers rather than the parliamentarian.

“This change came about because the president-elect really doesn’t have a lot of responsibilities throughout the year other than to follow the president, so the elimination of a miniscule role makes more sense,” junior Nicholas Tan said.