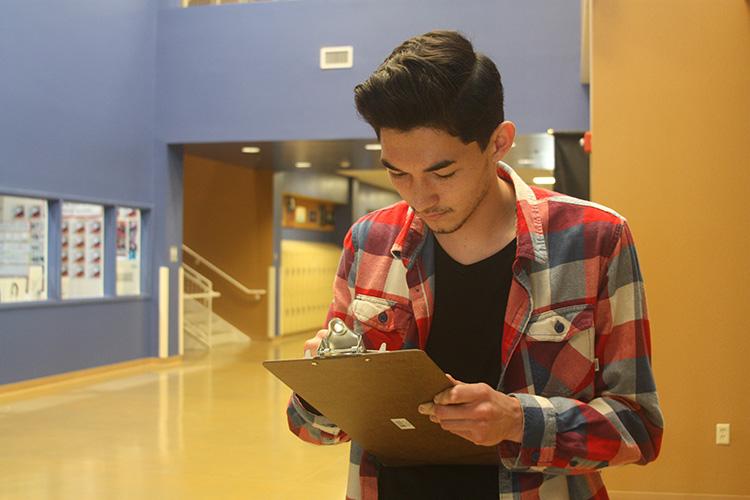 To raise funds for their future activities and events, Future Health Professionals (HOSA) are organizing the annual basketball tournament on April 25 and 27 from 2-4 p.m.

“We have a great school and there should be no separation between clubs; if basketball can bring us all together, then that’s great,” English teacher Albert Ocampo  said. “I actually asked HOSA to volunteer for me for an upcoming game on Tuesday for a trial run, so when it comes time for their tournament, they won’t screw up.”

In order to compete in the tournament, teams will recruit four players. Each player is required to pay a fee of $5 to play. All students and teachers are invited to sign-up, but if they choose to spectate the game, general admission is free.

“The basketball game last year had a really good turn-out, so we decided to host one again this year,” HOSA President Krystal Chaidez said. “We wanted to have something fun for the members and other students, as this is one of the last events HOSA will be hosting this year.”

In the four versus four games, two games will occur simultaneously on half court fields. The first day will be preliminary rounds and the semifinal.

“It’s definitely been a learning process to plan everything out,” HOSA Secretary Kelly Bui said. “I didn’t know that we had to get referees or think of all the things that could go wrong and try to find solutions. I hope everyone sees how much work we put into this and come out and support us.”

The second day will include a game of HORSE, a three-point shoot-out and finals to determine the winner. The winner of each category will receive a medal.

“I decided to join the basketball game because my team wanted redemption from last year,” Senior Makaio Wakeley said. “We had to play against the teachers and we were demolished. I want to destroy other teams with sportsmanlike conduct.”

Students and teachers who are interested in playing can visit H123 to sign up. The $5 fee must be paid by April 22 to be eligible to play in the game.

“I really enjoy how HOSA hosts its annual basketball tournament because it allows the students who don’t play sports at their zoned school to come out and play,” HOSA Historian Kris Medina said. “I have high hopes for my team as I’m representing the HOSA board along with Brandon, Nick and Danijel known as the ‘Backboard Boyz.'”