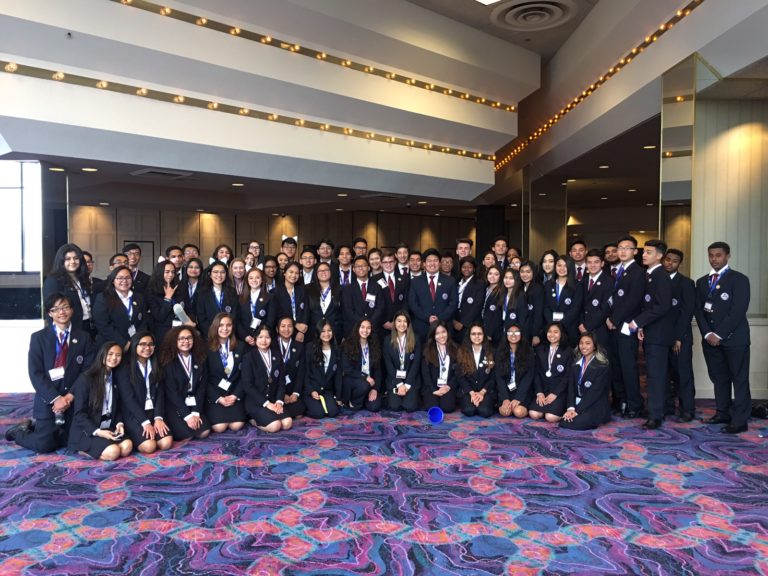 Members of Southwest's HOSA organization gather for the annual group photo. Competition categories ranged from Dental Terminology to Public Health. "I competed in the MRC category," senior Amal Youssof said. "My group was required to create a portfolio that showed all the activities we did and then we presented to the judges. My group won second place this year." Photo Credit: Abigail Orozco

Members of the Health Occupations Students of America organization (HOSA) recently attended a state competition in Reno, NV, which included events ranging from Dental Terminology to Public Health. The trip was from March 19-22.

“It was about an 8 hour bus ride there and back,” senior Amal Youssof said. “On Monday, we visited Truckee Meadows, which is a community college in Reno. Then, there was a dance on Tuesday night.”

“My favorite part about attending HOSA state is interacting with other HOSA members,” senior Abigail Orozco said. “These members come from all over the state, and everyone is so friendly. I’ve made a couple friends that I see every year from different schools.”

Apart from the competition, students were allowed to swim in the hotel pool, check out the arcade, attend workshops and work out in the gym.

“During the competition, the students were able to attend educational symposiums, which really benefitted their knowledge on healthcare professionals,” Orozco said. “There were different symposiums with different topics. For example, one of them was based on the profession of emergency medical technician. The students were challenged to do a six person carry.”

Depending on the category, groups of students won different awards throughout the competition and were presented with them at a ceremony on their last day.

“I competed in the Medical Reserve Corps category with Brittany Mikhaiel and Aubriana Coddington,” senior Orozco said. “It really opened our eyes to different health care professions and better prepared us for the future.”

Those who placed in their category are qualified to attend the Future HOSA International Leadership Conference in Orlando, FL.

“HOSA state was an incredible experience,” junior Alexis Pereyra said. “From the nerves of presenting in my category [PSA] to the general happiness of spending so much time with people I care for, I’d repeat it all over again.”