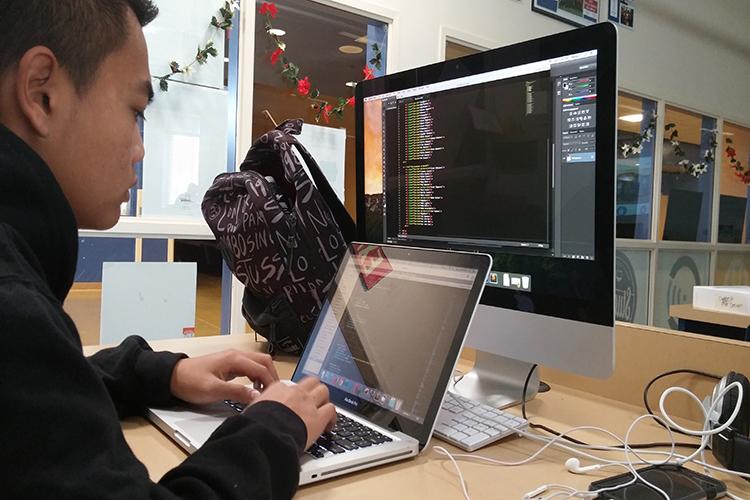 To introduce basic coding concepts to the student body and participate in Computer Science Education Week, Web Design and Video Game Design students will be hosting informational presentations throughout the campus in partnership with SkillsUSA.

“Most people realize how much code is part of our lives, but maybe not everybody realizes why they need to know about it,”  Video Game Design teacher Terry Lively said. “I think the earlier we introduce code, the less scary it is and maybe we can get more coding majors in the future because we’re kind of in a deficiency right now.”

The information will be provided through different activities based upon program areas.

“We don’t really have a set lesson plan because each activity is tailored to the different program areas, so it is not generic,” senior Gabriel Vergara said. “Like for me, I’m helping with Engineering, so I had a robot fighting planned because they already work with coding a bit.”

Video Game Design students are assigned a classroom to guide the rest of the student body with the Hour of Code, while the Web Design students will be visiting Fine Elementary school to educate and guide their students.

To accommodate this event there will be a modified bell schedule:

“We’re taking over their entire school for an hour, so there’s a lot going on,” Web Design teacher Cindi Chang said. “There’s also an introductory video explaining what the Hour of Code is and introducing the different activities they’re going to do.”

Room assignments will be based off of grade level and program area.

“As you know, the Web Design class has been conducting the Hour of Code for awhile now and we decided that since it’s pretty much already been established here, we should take it elsewhere in the community,” Johnson said. “We’ve chosen Fine Elementary School. We really want to get kids interacting with code and thinking about possible future careers and how code affects them, as well as reaching out to the community.”