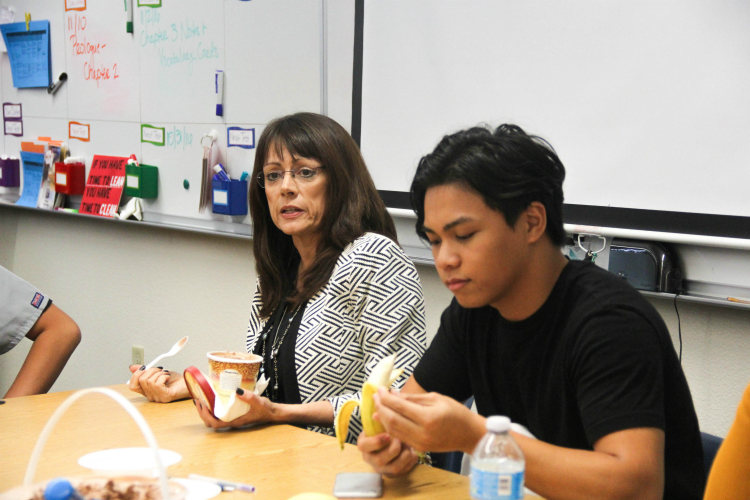 “I love ice cream so I’m always happy to have this,” Levy said. “This is really high up compared to past events because ice cream is my favorite.”

StuCo hosted the event as their thank you to Levy for her service to the school and commitment to the students.

“We decided to have an ice cream social because we wanted it to be a lot more intimate,” StuCo member Victoria Truong said. “Ms. Levy is actually a very interesting and successful person, but not a lot of people know her story.”

This year, they decided on a more personal event to have an exclusive conversation, learning about her career as an educator.

“We thought having an ice cream social would help us get to know who she actually is,” Truong said. “Last year, we organized a flash mob for her and gave her flowers, dancing to ‘Man in the Mirror’ since she loves flash mobs.”

The social did not come as a surprise to Levy, unlike the flash mob.

“StuCo asked me if they could treat me and if I could take time out and come in,” Levy said. “I knew about it because I got called into a district meeting last week and we had to reschedule. I felt terrible.”