Ilian Angulo recognized as candidate for the Presidential Scholars Program 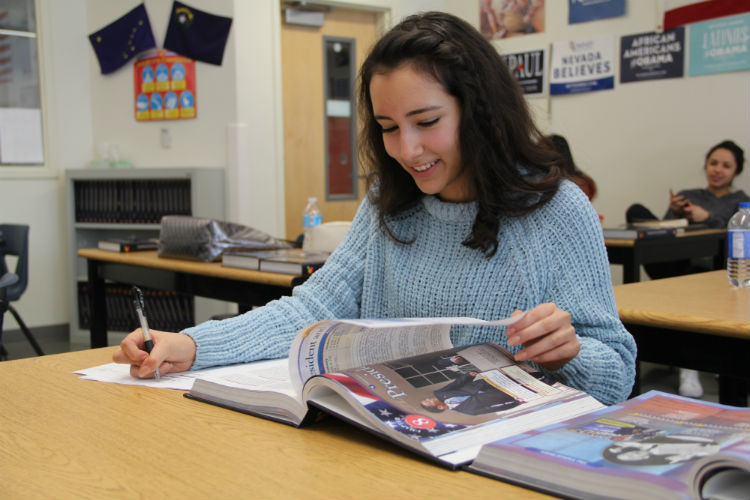 “It should be really cool,” Angulo said. “I think it’ll be a really good experience, especially the trip to D.C. I’ve never really been out of the state besides California, so it’ll be really cool to travel across the country, go to the east coast because I’ve always wanted to do that and apart from that, getting to go to the White House for a ceremony like that is crazy.”

“We actually submitted her to the career and technical education category,” Community Partnership Coordinator Craig Statucki said. “At some point in time probably along the state level, they had swapped her to the general one. We selected her as a CTA candidate, and some of it comes down to numbers because each state was only allowed to submit so many names for the program.”

To be considered as a general candidate, students must be a senior in high school who scored exceptionally well on the SATs or the ACTs or be nominated by a Chief State Officer or one of the partner recognition organizations.

“Administration felt that she was most qualified,” Statucki said. “We only got to submit one name. Based on her history and background growing up, her academic achievements on campus, her involvement in the junior Project Runway and her own product lines, we thought she met the criteria the best of all the students who were nominated.”

After receiving her letter of invitation, Angulo must now submit her application, Secondary School Report and transcript by Feb. 25, along with other candidates.

“I had no idea that I would actually be selected to become a candidate,” Angulo said. “It’s crazy to think that my hard work is being recognized nationally. I’m incredibly honored to even be considered.”