Key Club holds election for 2016-17 board Second part of the election to take place on Jan. 21 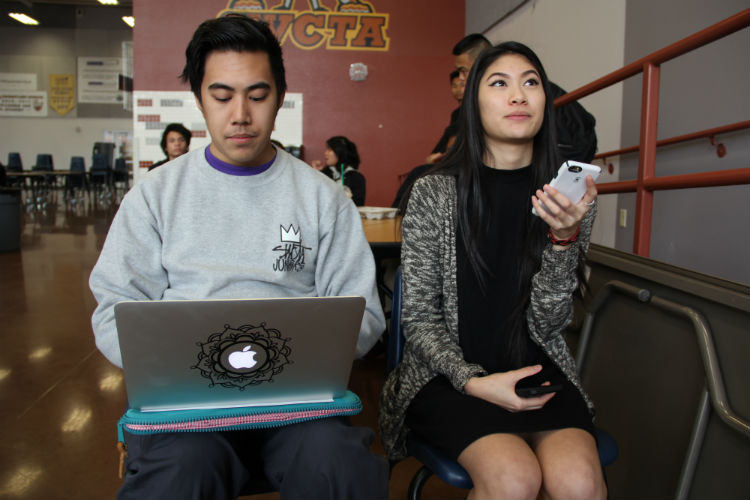 On Jan. 7, Key Club hosted an election for three of their board positions. Due to the significant number of running participants, the current board decided to host a second election for the rest of the positions on Jan. 21.

“Having two elections is great,” sophomore Jay Soria said. “It shows the members are interested in being apart of Key Club. I love the fact that there are over 20 people running for a board position this year.”

The next three positions in the election are Bulletin Editor, VP of Fundraising and VP of Spirit. All voting will take place online through a Google form.

“Key Club means a lot to me, because that was the first club I’ve been in and I’ve been dedicated to from the beginning,” 2016-17 Key Club President junior Shawn Wang said. “After my speech, I felt as if I just rode a roller coaster. Elections went well this year and I’m looking forward to spending my senior year with the new board.”

“It’s kind of bittersweet to be ending my term, but I believe the new historian [Wong] will do a very good job,” Historian Emily Yu said. “The most important part of the job is capturing every important aspect or moment of the club and I think he’s qualified for the job.”

In order to participate in the election, students must be a member of the club and meet the specific requirements for the position they choose to run for. Members running for President or VP positions must have served one year as a Key Club board member.

“I’m a little sad about the election because I tried really hard when I ran for a position, but it makes me happy that we have two elections because that means a lot of people are taking an interest in being apart of the board,” sophomore Anthony Qian said.