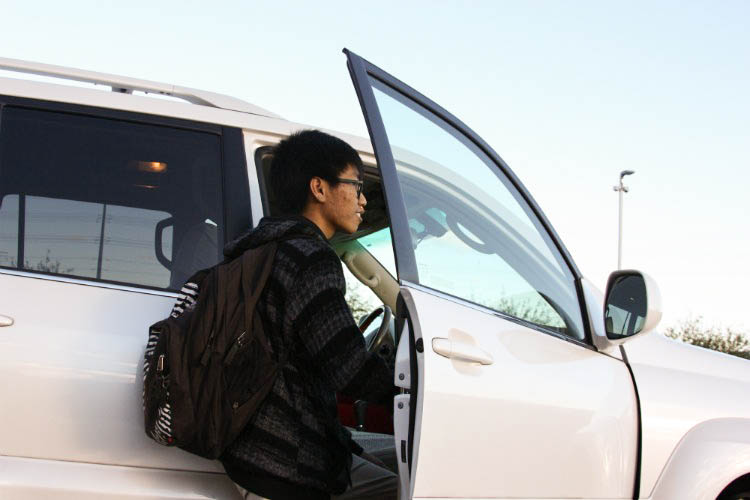 Despite the U-turn policies enacted by Senate Bill No. 144, drivers and pedestrians continue to disobey traffic regulations on 7050 W. Shelbourne Ave. and S. Rainbow Blvd. To enhance the penalties of making a U-turn in a school or school crossing zone, section 22 of Senate Bill No. 144 was revised on Oct. 1.

“The passing of the bill has not done anything to prevent that activity,” Assistance Principal Trish Taylor said. “Parents are still making U-turns. We do not have law enforcement jurisdiction. We can only provide alternatives so parents do not have to make those decisions.”

Because administration does not have jurisdiction beyond campus property, they cannot force drivers and pedestrians to adhere to the U-turn policies.

“We’ve provided alternatives so parents don’t have to participate in illegal traffic maneuvers,” Taylor said. “The police have jurisdiction over the streets, and they have to enforce the law.”

Incited by a lack of crosswalks and a goal to make transportation more convenient, administration extended the student drop-off location to the faculty parking lot.

“That seems to have helped the traffic flow a lot,” Taylor said. “We are now seeing a lot more parents coming through that way, especially since I am no longer allowing anyone who gets dropped off on the street to come in through the cafeteria. They have to walk all the way around to the student parking lot.”

As a no-parking zone, Shelbourne is not a loading or unloading area. According to the Las Vegas Metropolitan Police Department, emergency vehicles cannot pass through or enter the school when drivers and pedestrians obstruct or delay traffic.

“It’s frustrating to see parents drop off their students and proceed to make a U-turn, which delays traffic by a substantial amount of time,” senior Ivanrey Barlongo said. “When multiple cars do this, it probably takes me 5 minutes just to get from Rainbow to the end of Shelbourne.”

To enforce the policy, the administrative team deploys officers from the Clark County School District School Police Department and LVMPD to patrol the area as often as possible.

“They do not patrol enough as far as we are concerned,” Taylor said. “We have asked for more, but I don’t know if they’re going to be able to.”

In the event of a collision with a pedestrian or cyclist through violation of the law, drivers will face the repercussions listed in subsection four of NRS 484B.653 and be charged with a misdemeanor.

“When I drive to school in the morning, I always have to stop abruptly for students crossing the middle of the street or parents making U-turns,” senior Christopher Dela Cruz said. “Parents are making it more inconvenient for other drivers and endangering the safety of their students by not following a law that has been established for months now.”