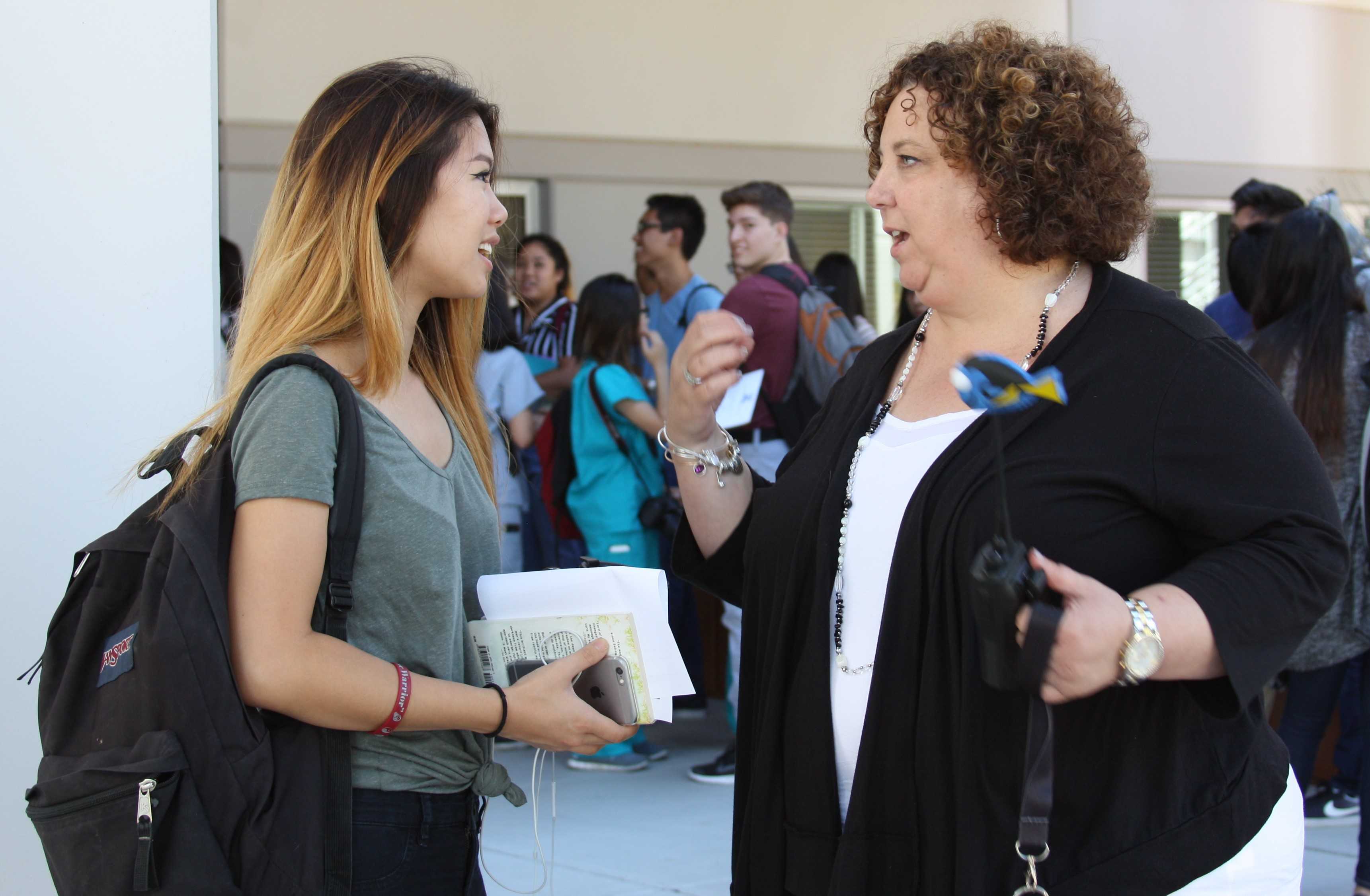 Assistant Principal Mrs. Trish Taylor is approached by senior Jen Chiang in front of the A building after school on Sept. 8 to ask a few questions. Taylor was designated the position of assistant principal after the reassignment of Mr. Micheal Butler, the former assistant principal. “She’s friendly and funny so I think it’s great that she got promoted,” junior Janeen Soria said. Photo Credit: Jackie Romo

After former Assistant Principal Mr. Michael Butler’s reassignment to Eldorado High School, former Dean Mrs. Trish Taylor was promoted to fill that position. Taylor had to go through a series of interviews with administration to earn the new designation.

“I hope to create a bigger impact on students and continue the traditions that have been established here at Southwest and to build on those foundations to make it the best high school in the country,” Taylor said.

Along with the interviews, Taylor had to answer five in-depth questions that would allow her to get into the “Assistant Principal Pool.” Once in the pool, she applied for the open position.

“Being an assistant principal takes on a lot more responsibilities other than discipline and attendance because that’s what most deans supervise over. I’m now in charge of curriculum, school climate, teachers to supervise and being an instructional leader. I am the principal’s right hand, so I work very close with her,” Taylor said.

Taylor has worked alongside Principal Donna Levy for five years as the dean of students.

“I have worked with Mrs. Taylor for a long time. She is an incredible asset to the SWCTA community; I couldn’t get through the day without her,” Levy said.

Mr. James Campbell has filled her position and is now handling discipline and attendance. Campbell’s office is located in the ‘H’ building and Taylor is now in the ‘A’ building.

“I’m glad for her job advancement and I hope that she accomplishes many things here at Southwest as assistant principal and makes this campus better than the rest,” junior Anthony Dang said.