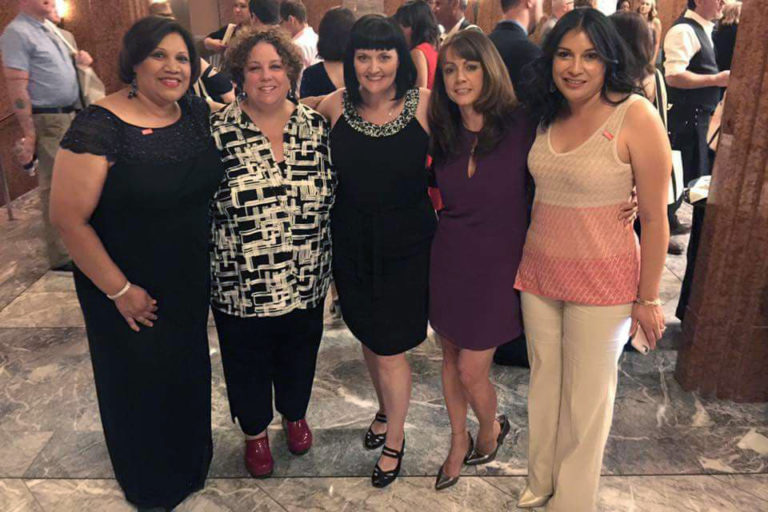 On Saturday, April 29, teachers and faculty celebrate finalists for The Heart of Education award at the Smith Center. Over 900 finalists from throughout CCSD attended the ceremony. “It’s a pretty amazing honor for so many teachers from our school to be named finalists,” Assistant Principal Trish Taylor said. “I think it speaks to the quality of teachers we have at Southwest.” Photo Credit: Dr. Lily Sifuentes

“This is the second annual year that they’ve given out awards,” Assistant Principal Trish Taylor said. “They got the idea from the annual teacher awards program that’s held at the John F. Kennedy Center for the Performing Arts in Washington, D.C.”

Nominees submitted an online application, which required recommendation letters and stories of their most memorable moments in the classroom. Applications were judged by community leaders, education experts and sponsors.

“I believe my application is probably what helped me the most because I knew that I was no more qualified than the other people in the room,” Sheldon said. “Rather than just making a ‘laundry list’ of the things I’ve done for students, I focused on one thing that I felt was important and was my legacy in the school district, which was the Fashion Forward program that I started about 10 years ago.”

Erich Bergen, cast member of CBS’ “Madam Secretary” and former member of the “Jersey Boys,” hosted the ceremony. Along with a visual presentation, there was a red carpet gala and surprise keynote speaker Dr. Jill Biden, wife of former Vice President Joe Biden.

“It was a lovely evening with great entertainment,” Taylor said. “Erich Bergen was really funny, and he made the night very worthwhile for the teachers and guests who attended.”

“I believe the our teachers are really committed to making this school a place of unique learning by really challenging students and stretching their abilities,” Taylor said. “They go above and beyond how much time and effort they dedicate for their students. It’s not just what they do when they’re in the classroom everyday but the extra things they do outside the classroom, as well.”

The 20 winning teachers were awarded a custom trophy, a cash gift of $5,000 for personal use and another cash gift of $1,00 for a program of their choice at their school. Winners of the Review-Journal’s People Choice Award were given a cash prize of $2,500.

“I absolutely did not expect to win,” Sheldon said. “I wasn’t even planning on attending the event because I was sure that there was no way I would be in the top 20 of over 900 finalists, so I was focusing on the People’s Choice Award instead. I thought I’d have a better chance at that, but I’m so humbled for the opportunity to have been awarded alongside such incredible teachers.”