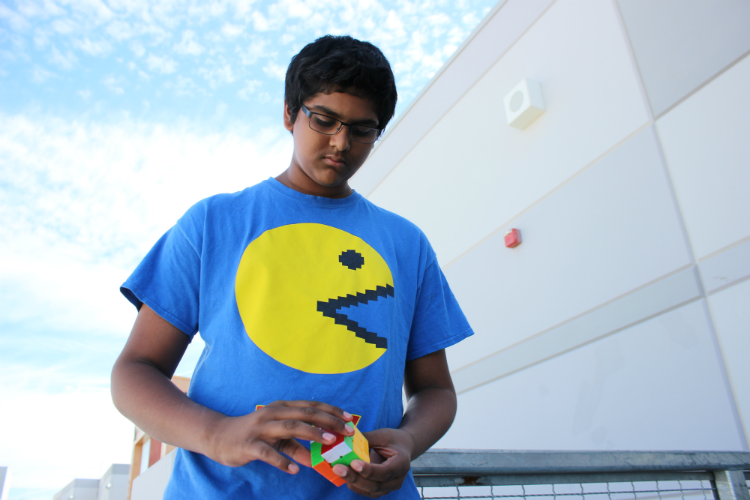 In addition to the school’s traditional clubs, Rubik’s Club and groups for Anime enthusiasts, the Gay-Straight Alliance and Campus Life have formed; more groups have formed this year than in previous years.

“My hypothesis is that we have a group of freshmen that want to be part of our campus. We also have some older students that feel like they want to offer something to the school,” Dean Sherrae Nelson said.

Among the newly created groups, only Rubik’s Club has been officiated, due to its pertinence to math; it is sponsored by the Southern Nevada Math Council and advised by Mr. Michael Moore.

“Our focus right now is on membership. The club members are very few. We have had kids come check it out because they’re intrigued, and some of them have stayed,” Moore said.

The un-officiated groups do not have reserved spaces or times and are allowed to meet in the library on a first come, first serve basis. This qualifications of what is considered a club and what is considered a group are currently being determined by the school district, under the NRS (Nevada Revised Statute), Amendment R-5132.

“We really have to distinguish between a fully accredited club and the groups that have been coming to me wanting to become clubs. They’re encouraged to talk to teachers to see if they would open their classroom for the club to meet,” Nelson said.

Other groups, including the Gay-Straight Alliance, are making strides to build their presence.

“Honestly, I hope GSA [Gay-Straight Alliance] makes such an impact that hopefully they can have one at every school. The creation of this club will give the LGBT+ [Lesbian, Gay, Bisexual, Transsexual Plus] community a safe place to be. People will hopefully think it’s a social improvement,” Gay-Straight Alliance member Nathan Rightman said.

No group outside of Rubik’s Club aims to participate in competitions or extracurricular activities, aside from regular meetings.

“The end goal is to have at least 10 members, which would comprise a team, and then the team would go to the National Rubik’s Cube Convention at the Cashman Center,” Moore said.