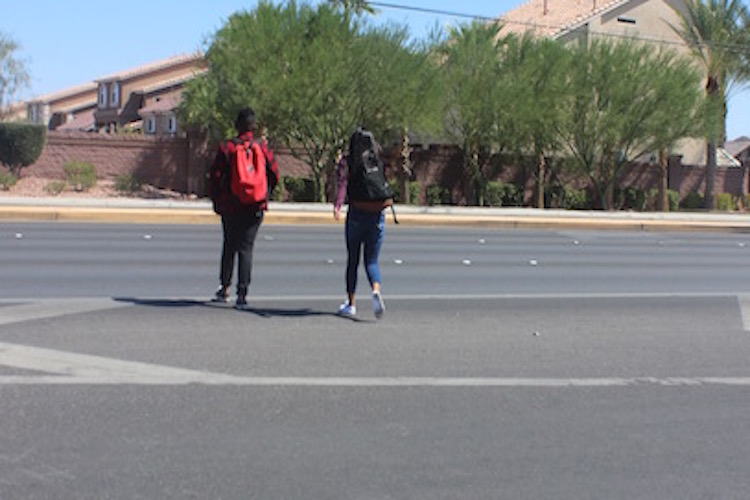 To prevent students from potentially becoming injured, a school zone was added to Rainbow Road at the start of the school year.

“This school zone now has a speed limit of 25 mph, rather than the 45mph speed limit that was there before,” Assistant Principal Trish Taylor said. “This will considerably slow down traffic on Rainbow and make the area much safer.”

Even though a school zone has already been created, a crosswalk is still not present.

“We have made requests for a crosswalk many times before, but no one has officially confirmed a new crosswalk being placed in the school zone,” Taylor said.

For the past eight years, students have been directly crossing over Rainbow, as opposed to walking down to Wigwam or Windmill; which are where the nearest crosswalks are located.

“Whenever I walk to school, I’m always nervous when I cross the street,” sophomore Tamarah Galvan said. “I always think that someone is going to hit me.”

Although a school zone is placed, the administration is continuing to contact the City of Las Vegas to place a designated crosswalk.