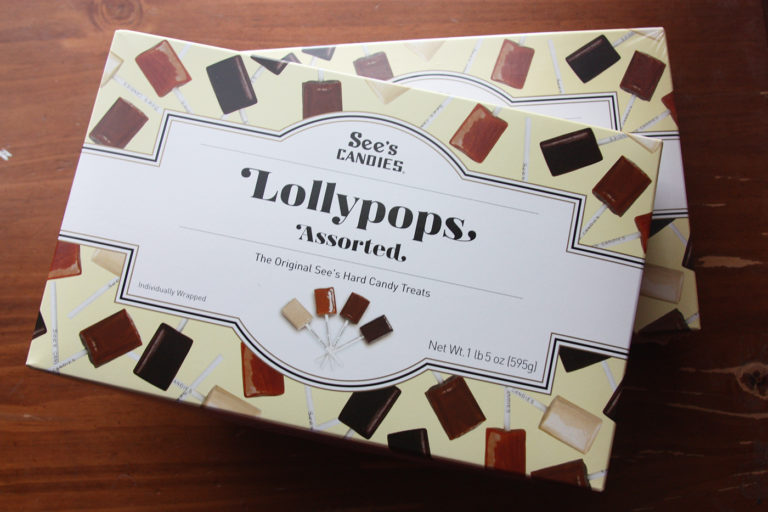 Members are required to sell two boxes of lollipops. The annual National Honors Society spring fundraiser started last week. “I think this is a good fundraiser because lots of students like these lollipops and they are good to sell,” junior Maricelle Barrameda said. Photo Credit: Cassie Valdez

To help raise funds for the club necessities like equipment for service projects, members of National Honor Society are selling See’s Candy lollipops for $1 each. There are four flavors: chocolate, vanilla, cafe latte, and butterscotch.

“See’s Candy does the fundraisers for the lollipops locally so it is much easier to get them plus everybody seems to like them,” Freshman Studies teacher Laura Penrod said.

“[Members] fundraise from the moment they’re inducted to the beginning of senior year, so this is a reward back to them,” Penrod said. “They don’t have to fundraise for the last quarter because some of the proceeds go back towards the senior barbecue and dinner.”

All lollipops are expected to be sold until April 17. Members are allowed to get extra boxes to sell if the first two boxes are sold out before the money is due.

“I think that NHS selling See’s Candies Lollipops is a great thing because many people I know love to eat candy,” junior Aymen Shafique said. “[Compared to other fundraisers], this candy tastes better.”

The money raised pays for snacks during the meeting, club shirts, senior events and more.

“Selling items in general is a lot of work because most of the time many people don’t have any money or aren’t that interested,” junior Chloe Valdez said. “But I still sell the lollipops not only because it is required, but also beneficial to NHS since the money goes towards the club.”