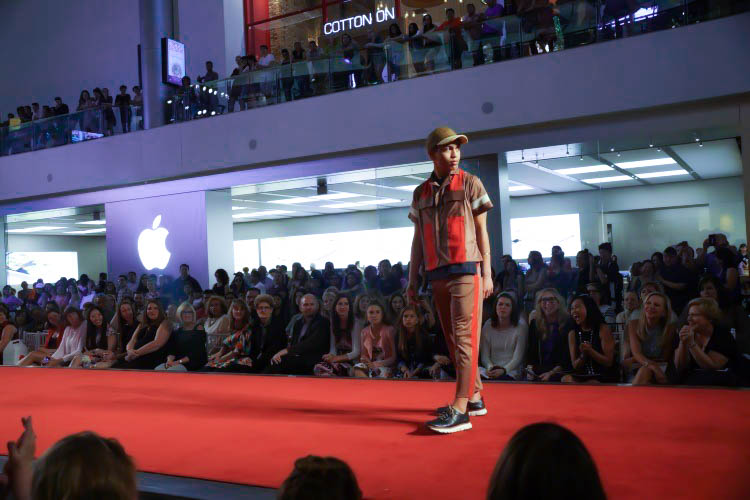 Juniors in the fashion program competed in the Las Vegas Fashion Forward event at a public fashion show on April 2, hosted by the Junior League of Las Vegas at the Fashion Show Mall. Seven out of the ten finalists are from SWCTA.

“I would expect nothing less,” Fashion Program Instructor Shannon Sheldon said. “70 percent of the score was tabulated prior to the show and it was based on construction and technical skills, which I am very diligent about teaching. 10 percent was their inspiration boards, so they got to use their creativity and I encouraged them to keep them neat and professionally produced and the other 10 percent was their interaction with the judges.”

To be featured in the show, students were required to create an outfit based on the “Passport to Fashion” theme, inspired by one of the ten chosen cities around the world.

“I had Berlin, Germany and I made a jump suit based on the German uniforms during WWII,” Noda said.”When I realized I was in the top 10 and when I won the ‘Best Representation of City Award,’ I was really excited.”

“I was shocked and at a loss for words when I got called as the winner of the whole competition,” Blas said. “It felt really good to be up there with friends from Southwest. We really took over the runway.”

“The city I was assigned was Hanoi, Vietnam and my outfit was based on the Vietnam War,” Bonner said. “I was really excited when I found out I made top 10 and even more excited when I was awarded the teacher’s choice award for ‘Best Time Management.'”