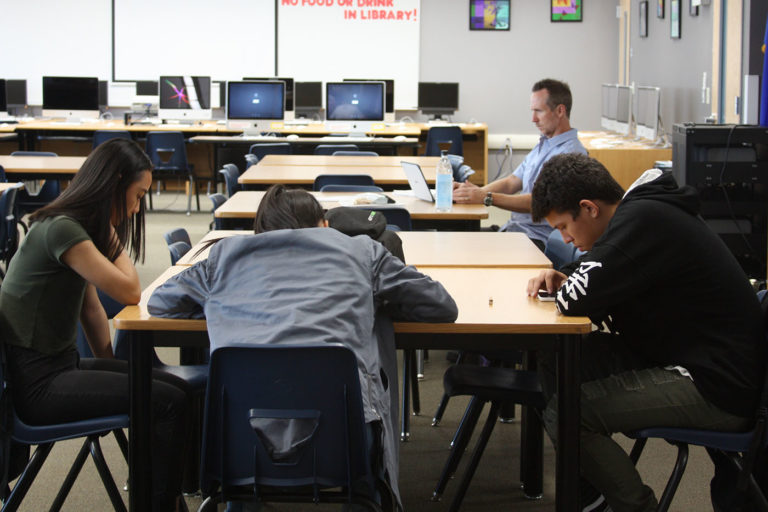 Yesterday, due to complaints from teachers about a sulfur-like smell in the upper B-building, all upstairs classes were required to relocate to empty rooms on campus.

“We decided to air out the building to make sure [students] weren’t exposed to fumes or anything that might make them sick,” Dean James Campbell said. “Some students have respiratory ailments. This might trigger a response in that area, so just as a precaution we decided to take the students out of the upper part of the building to exhaust the smell.”

The cause of the smell was unknown until the building engineer inspected the situation after the report.

“Our building engineer discovered a problem with the vent pipe,” Assistant Principal Trish Taylor said. “There was never any danger. It was just a bad smell, but because it wasn’t immediately gone, we kept students and teachers in other rooms.”

Despite the abruptness of the issue, administration was prepared to handle the situation.

“I believe it’s happened before, but not in the B building,” Campbell said. “We have never evacuated an entire building at Southwest [for a whole school day], but I know at other schools that this kind of thing happens from time to time, and it is usually dealt with pretty quickly.”

One of the classes that had to relocate was Mr. Michael Moore’s English class, which moved to the library.

“This issue disrupted the learning environment for today, but it’s no big deal because I adapted to the changes,” Moore said. “I’m used to doing stuff like that, and since it was a construction issue we had to work around that.”

Because the smell was completely gone by the end of the day, teachers and students were allowed to return to their normal classrooms today.

“The smell was nauseating, so I’m glad we got to evacuate the classroom right when we could,” junior Kyla Bayani-Dominguez said.