After receiving the ball, senior Mekha Omarimuhammad runs to the end zone to score a touchdown. The game ended with the PA girls winning 14-0. "It was incredible that Ruffa anf I in our senior year were able to score the points for our academy. Hopefully the girls can keep it up next year," Omarimuhammad said. Photo Credit: Jorge Carrera

The seventh annual Homecoming football game was held on Oct. 23 with the Professional Academy (PA) girls winning 14-0 and the PA boys winning 13-7.

“I’m disappointed we lost, but I’m proud of the team. We played well and came very close to winning. We could have blocked better on running plays. Next year, I plan on changing our defensive scheme to prevent big plays,” Design Academy (DA) boy’s coach Joseph Juliano said.

The girls game occurred first from 12:10-12:40 p.m. The first touchdown was scored late in the game by senior Mekha Omarimuhammad for the PA girls. Senior Ruffa Fortin then scored the dagger, giving the PA girls the win for the first time in four years.

“I was so excited for this game. This was my first football game and I got the first touchdown. We practiced hard and I’m so proud of my team and I. I’m so glad the PA girls finally won,” Omarimuhammad said. 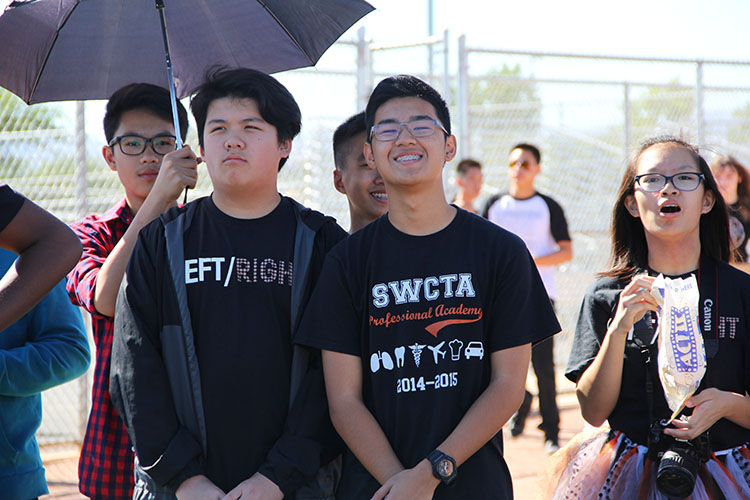 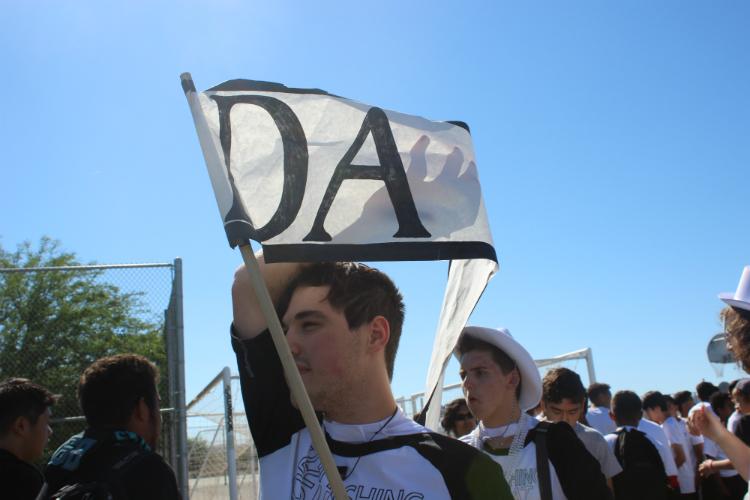 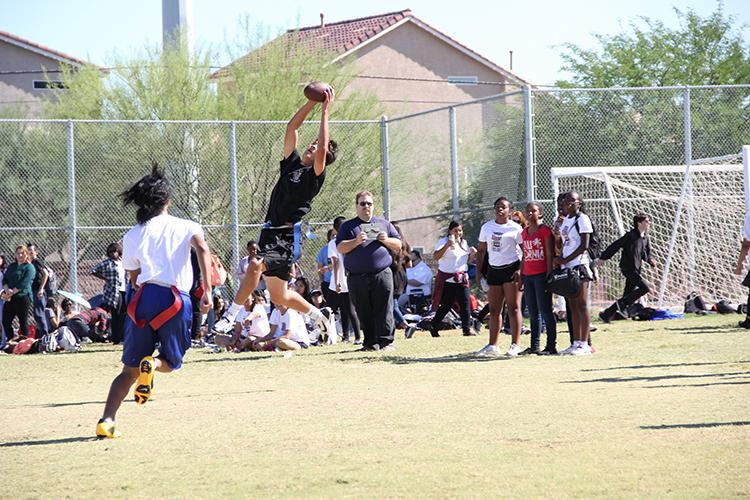 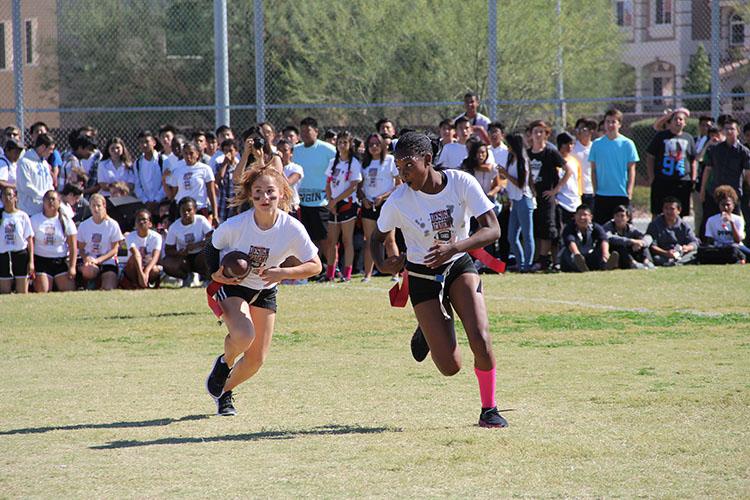 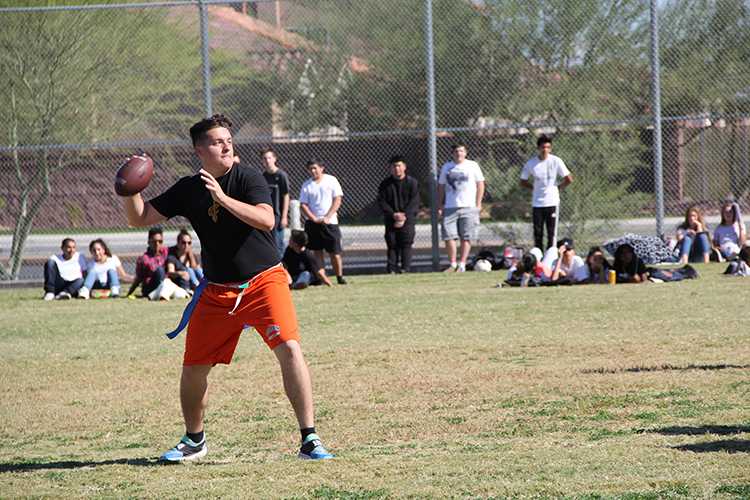 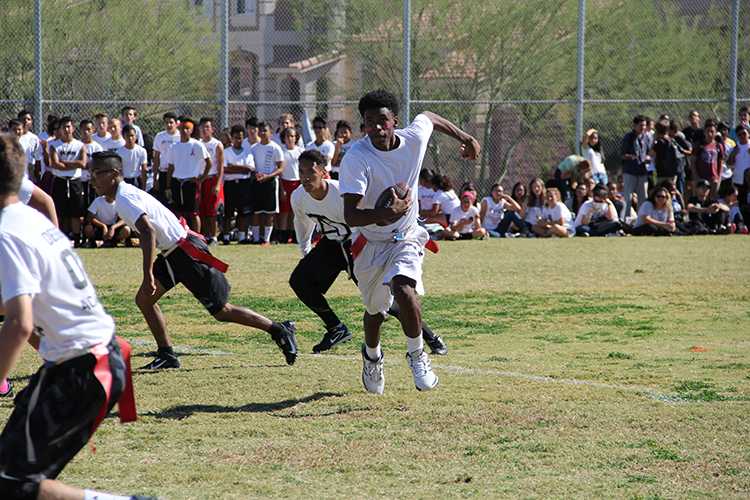 “I’m super proud of my team. I feel like this game brought me closer with a lot of my fellow academy members of all grade levels. It was super fun playing with some of my best friends and winning my last game in high school made it sweeter,” Ceniza said.

Along with the games, the cheerleaders performed a routine during half time.

“Even though we had homecoming last week, we tried our hardest to keep the spirit going, and I really enjoyed performing our dance routine,” sophomore Rebecca Chang said.