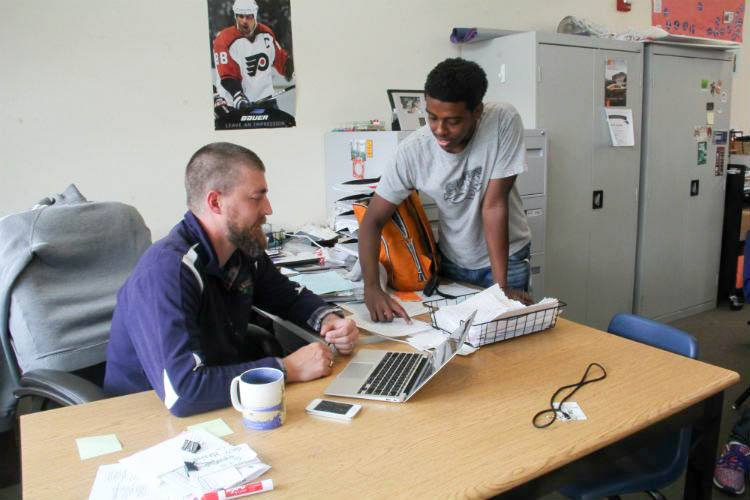 During a CCSD school board meeting on March 10, Clark County Superintendent Pat Skorkowsky announced that the district is projected to experience a tax revenue shortfall of $20 million.

“The values of homes were increasing so drastically that it was causing taxes to go up very quickly,” US Government teacher Grant Woods said. “They capped it at 3 percent because they did not want to keep seeing these huge increases. Nobody figured that, in the long run, that might hurt us, because it would bring in much less revenue for education, since that’s where our property tax money goes.”

As a result of the funding shortage, class sizes are going to experience an increase as the availability of teachers falls due to an inability to compensate them. The average student:teacher ratio will increase to 35.5 students per teacher, an increase of 1.5 students.

“Our campus already had to cut a staff member’s position; Mrs. Stacey Lefevre is no longer with us and we won’t be able to fill that position,” Principal Donna Levy said. “We’ve cut a teacher pretty much every year for the last few years. Class size increases each time we do this.”

The property tax caps were applied in 2005 in order to prevent taxes from dramatically increasing as property values rose. The money that would have been gained from taxation was, as a result, lost. The school system was affected the most prominently since it receives the largest sum of government-distributed funding.

“We have to find a better way to tax for the funding of schools,” Levy said. “They need a more stable form than property taxes; they’re volatile, but educating kids is never going to change. They could introduce a state lottery, which could take a lot because they would have to amend the constitution of the state.”

The Nevada state legislature will reconvene in February of 2017. In order for taxing methods to be revised, a bill would have to be passed by the state. If enacted, it would take effect when specified by the legislature; this would be expected in July of 2017.

“I think that in the current political climate, it is difficult to get anything done, not only in the state legislation, but at the federal level as well,” Assistant Principal Trish Taylor said. “I hope that this changes in the future, but I don’t know that it will.”

The last budget cut to impact the CCSD took place during the 2012-2013 school year. The school system incurred a $60 million loss, resulting in the reduction of staff to 93% capacity and the elimination of Literacy Specialists.

“About seven years ago, I was a dean at middle school and by the end of that year, I was told that I was going to be surplussed because of budget cuts,” Dean Sherrae Nelson said. “It was a very challenging time for me because there were a lot of unknowns and information wasn’t being shared with those of us in that position. It was a scary time; I thought, for a short period of time, that I was going to be without a job altogether.”