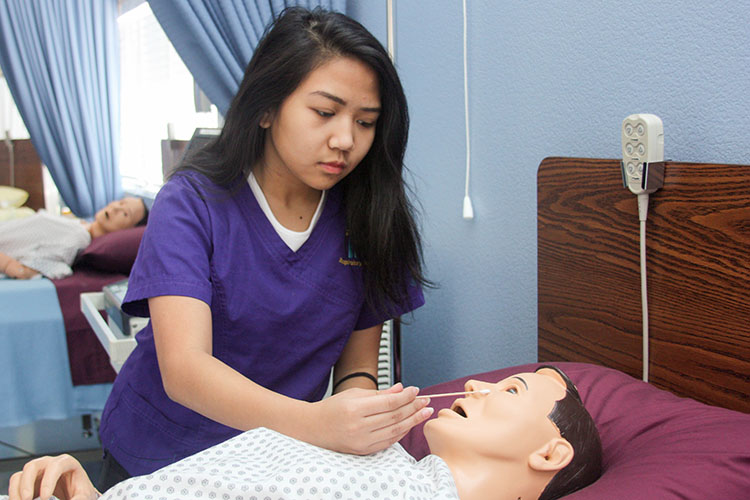 “We’ve been learning about infection control, how organisms grow and how to get rid of them,” Smith said.

Smith began the lesson by showing the class several videos on bacteria.

To start, juniors were given clean swabs and petri dishes to place their cultures. After placing the cultures on the dish, the samples were placed in an incubator where it will stay for the next three days as it grows.

“I swabbed the cultures on my dish from Mr. Thomas’ class and now we are going to see how fast the bacteria grows from that one little swab,” junior Alyssa Breci said.

Limitations were given to the students for what they were and were not allowed to swab. Because E. coli poses as a possible hazard, bathrooms are off limits.

“I think the students really liked it,” Smith said. “They had plans to do certain items like keyboards, but bathrooms were off limits because E. coli could cause a health hazard.”

The samples will be analyzed Friday, Jan. 13. After observing the growth pattern, students will try to identify the specific type of organism.

“I’ve learned that there are a lot of bacteria, germs and organisms everywhere,” junior Gebrel Gamutan said. “It could be on your shoes, the tables, the door handles, so it has definitely made me more mindful of what not to touch and keeping myself clean.”